This one is a little personal

I was going to save this post till anti-bulling week but I thought I would ger it out there just before the new year and term start. This post is about my personal battle with bullies throughout my years at school, this is not a sympathy post just my experience and how I learnt to love myself again.  I originally wrote this post in 2013 and used it for my vent blog back then little has changed wording wise just trimmed it down a little. 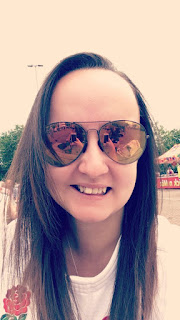 I have been on the blunt end of many types of bullying such as Cyber, Physical and Verbal just to name a few. I am not writing this to get some sort of pity party going or to get sympathy because without it I don’t think I would be as confident as I am now. I was lucky enough that even though I have been bullied for over seven years I had the support of my family behind me. I was fortunate.
I used to get bullied because of the way that I looked, in the bullies’ opinion I had a big forehead and used to get called names like ‘five head’, ‘alien’ and ‘boom head’ (they could have been more creative in my opinion). This first started in year three I went to a private school in Surrey which was from year three up to sixth form whenever I used to cross paths with some of the older boys they used to call me ‘five head’ at the time I didn’t know what was going on so I shrugged it off and thought nothing of it. At the end of year five, my parents moved and I went to a Primary school for for year 6 while there I got the odd comment like ‘Alien’ or ‘Five head’ which again I shrugged off. When I went to secondary school where the bullying became worse every day walking around from year seven to eleven I would get ‘forehead’, ‘boom head’ and ‘five head’ shouted at me on a daily basis.

I will admit at the beginning of year nine it made me feel so ugly and so annoyed that I was different from everybody else because I looked slightly different. I remember one day a group of girls had me cornered and they said ‘why don’t you get a fringe it will make you look better and it will stop us doing this’. The next time I went to the hairdressers I got a side fringe put in the day before the non-uniform day so the next day I managed to find confidence somewhere deep inside me and I wore I skinny jeans and a comfy top.  The next day I walked into my form room again to the points and giggles this time when I sat down I got asked if I had an eating disorder and because I was caught off guard by the accusation I didn’t reply which they took as a yes which meant that I was no longer just being bullied because of my forehead but because I was skinny.

I remember one day in year eleven I was sat talking to a friend about being bullied and I realised that I had been called the same names over and over again most of my academic life and I laughed at the fact that they couldn’t think of anything new to say. I remember the day I kind of stopped caring very clearly, I was walking down the main corridor and someone turned and said ‘forehead’ that was going in the opposite direction and I snapped a little I stepped across the corridor till I was stood in front of them and said ‘I’ve heard that one before not very original’ and walked off his face was a picture.  I used the same tactic all the way up until prom where I was waiting for the comments about my weight to kick off and it did one girl said ‘she must be anorexic’ and I turned around and said ‘I’m not, I’m just more active’ I know it was kind of a low blow but after the abuse she had given me over the years it was just a little ripple on the pond.

Now back to the present day I am happy with the way that I look and I still get the odd comment and still turn round and say ‘can you honestly not think of one I haven’t heard before’ which I know is not the proper way to deal with the situation but what is, after all the years I have endured being bullied I think I’m allowed to stick up for myself now. It took a long time for me to be able to love myself and embraced what makes me 'different'.  I love my big eyes and who cares I have a high forehead it means its less effort when I want to dress as Wednesday. Rock what makes you different

Like I said before, this post wasn’t about getting attention or me wallowing in self-pity I wanted to share my story about being bullied and to show that not all people who get bullied have the choice and they have to deal with this everyday that’s not fair. Yes, I was told being bullied was a choice because I didn’t stick up for myself.

To anyone who finds themselves a victim of bullying you are loved, someone does care and will listen.
L x