Welcome to the second day of witches’ week. I couldn’t really mention witches and wizards without mentioning the boy who lived and The Harry Potter series. I’ll try make it as unique as I can. 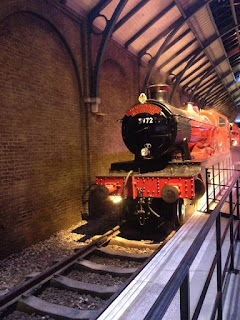 The Harry Potter series will always hold a special place in my heart I was at boarding school when the books started gaining popularity. I remember my teacher at the time reading the first book and going home at the weekend and asking for the books. My house at the time was a relatively old I think (I might be wrong) and had a wooden and brick staircase while having a huge willow tree outside my imagination ran wild.

The books chronicle the life of a young wizard called Harry Potter, and his friends Hermione Granger and Ron Weasley, all of whom are students at Hogwarts School of Witchcraft and Wizardry. Harry's struggle against Lord Voldemort, a dark wizard who intends to become immortal, overthrow the wizard governing body known as the Ministry of Magic and subjugate all wizards and Muggles.