You may have noticed that I have been on and off here the last year and that due to being diagnosed with idiopathic anaphylaxis, which has taken more time than I thought to live with. During my time off I have started being on TikTok more and started my own TikTok dressed as Wednesday.

One night while scrolling through TikTok, while recovering from a reaction, I came across a page that was raising awareness of paedophiles on TikTok itself and other social medias during a live.  At first, I was silently watching them raise awareness from a distance. TikTok is full of screen recordings of pedos talking to children on child apps and games like Roblox, Minecraft and the like.

It got me thinking, years ago a friend of mine was a decoy and occasionally on her really bad days she would vent to me in confidence (yes, she knows she's being mentioned in this post). The stuff that would be sent to her as decoy child as young as 9 was disgusting.

Other social media sights are bad, but I am going to be focusing on TikTok. There are some well-known paedophiles on TikTok, some who have been stung before by hunter teams and have broken their terms of bail by being on the app and yet they still manage to reappear. A lot of the paedophiles on there have gotten hundreds of pounds worth of gifts on there and TikTok seems very slow and unwilling to remove their accounts. My question to TikTok is this - due to the high commission you take off gifts is the reason you’re so slow to remove them?

During the last couple of months at least, there has been a lot of clout chasers that are trying to jump on the raising awareness trend and are doing more damage to possible cases going on. This involves sending stuff to houses and showing up at the addresses. People need to realise this can be detrimental to any ongoing cases and makes them look like the victim. Also, a large increase in the number of false allegations being made can have a real effect on cases and can possibly get really victim accounts thrown out.

When I started TikTok I had a lot of children follow me and I couldn’t delete them quick enough, yes TikTok has a report underage users' function but the number of times it would come back no violation found. It's pointless having the function there. Also, I went through a huge cull of the followers I missed while recovering from reactions and got shadow banned for reporting and removing young children off my followers.

I don’t have children, but it was through TikTok and Instagram that I was shown how prolific paedophiles were on child focused games such as Fortnite, Roblox and Minecraft. There are screen recordings all over social media of paedophiles talking to children inappropriately, yet nothing is done! I get parents and caregivers should be checking kid's devices, but children should be able to be on child focused apps without being preyed upon. 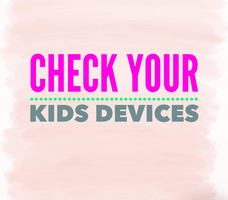