I thought I would share my unboxing of this month’s book and brew each month there isn’t really a theme so it’s a solid surprise, obviously if your box hasn’t arrived yet spoilers. I think this maybe my 5th or 6th box I honestly love it.
SPOILERS LAST WARNING

The tea
The tea is by Leaves of the World and is called Hemingway Mojito (my favourite alcoholic drink). The tea is an organic green tea with fresh lime, mint, a hint of rum and blackberry (just like Hemingway liked it). I love with the lose leaf teas they include biodegradable reusable (2-3 times) drawstring tea bags.  I love the taste of the tea but I might be bias. 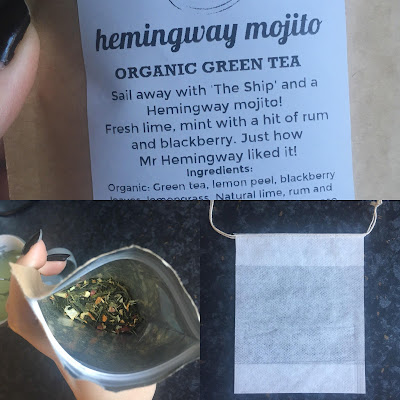 The book
WELCOME TO LONDON BUT NOT AS YOU KNOW IT
Oxford Street burned for three weeks. The British Museum is occupied by ragtag survivors. The Regent's Park camps have been bombed. The Nazareth Act has come into force. If you can't produce your identity card, you don't exist.

Lalla, sixteen, has grown up sheltered from the new reality by her visionary father, Michael Paul. But now the chaos has reached their doorstep. Michael has promised to save them. His escape route is a ship big enough to save five hundred people. But only the worthy will be chosen.

Lalla has grown up sheltered from the chaos, but now she's sixteen, her father decides it's time to use their escape route - a ship big enough to save five hundred people. Once on board, as day follows identical day, Lalla's unease grows. Where are they going? What does her father really want?
WHAT IS THE PRICE OF SALVATION? 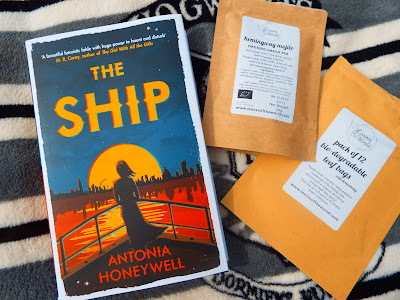 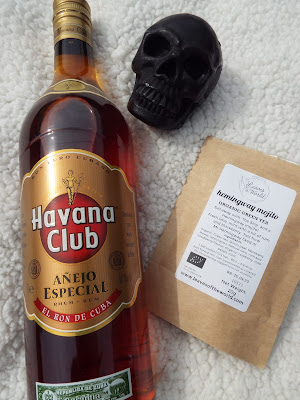