Hello Readers,
Thank you, Ellie and Canelo for sending me a copy of Athena's Champion by Cath Mayo and David Hair for free in exchange for an honest review.

Thank you for joining me on my day of the blog tour for Athena's Champion grab a biscuit and a cuppa, I’ve got a Spotlight and then a review (here) just for you. 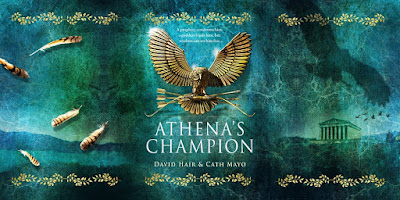 Synopsis:
The first in a thrilling new historical fantasy series; Odysseus must embrace his secret heritage and outwit the vengeful Gods who would control or destroy him…
Prince Odysseus of Ithaca is about to have his world torn apart. He’s travelled to the oracle at Pytho to be anointed as heir to his island kingdom; but instead the Pythia reveals a terrible secret, one that tears down every pillar of his life, and marks him out for death.
Outcast by his family, hunted by the vengeful gods, Odysseus is offered sanctuary by Athena, goddess of wisdom, and thrust into the secret war between the Olympians for domination and survival. Only his wits, and his skill as a warrior, can keep him ahead of their power games – and alive.
When one of Athena’s schemes goes drastically wrong, and the young Helen of Sparta is kidnapped, Odysseus must journey past the gates of Hades to save her. Falling in love with a Trojan princess, a bewitching woman who poses a deadly threat to both his homeland and Athena, won’t make his task any easier…
Drawing from classic Greek mythology, Athena's Champion, first in the epic Olympus series, is perfect for fans of Madeline Miller and David Gemmell 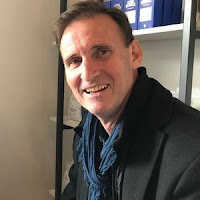 David Hair is an award-winning New Zealand YA and Adult fantasy writer, and the author of sixteen novels.  He’s joined his considerable skill and expertise with Cath Mayo to create the Olympus Series, an adult historical fantasy drawing on ancient Greek Mythology, following the adventures of Odysseus as he navigates the dangerous world of the Greek Gods.
@DHairauthor 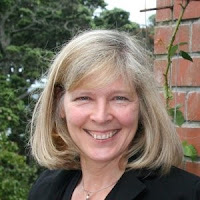 Cath Mayo is a New Zealand YA, Children and Adult fiction author. Her two published YA historical novels are both set in Ancient Greece and her first novel received a Storylines Notable Book Award for Young Adult Fiction in 2014. She’s joined her considerable skill and expertise with David Hair to create the Olympus Series, an adult historical fantasy drawing on ancient Greek Mythology, following the adventures of Odysseus as he navigates the dangerous world of the Greek Gods. @cathmayoauthor