If you followed my blog through blogmas you know I had an idea of doing a book stocking filler post. Well I realised the books I picked were also some of my favourite reads from the year so instead of boring with you the same post twice were just gonna change the name of the post and roll with it... Okaaaay. For each of the books, I have linked a review to the title but used a synopsis to explain the book without any spoilers and in a non-biased way. 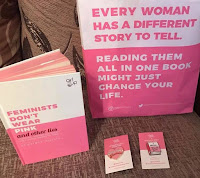 Funny, powerful and personal writing by women, for women, about what the F-word means to them. Every woman has a different story to tell. Reading them all in one book might just change your life. Published in partnership with Girl Up, the UN women's foundation. 10% of the RRP for each copy sold will be donated by the publisher to the Girl Up charity.

'This thrilling space odyssey will keep you turning pages late into the night' C. J. Daugherty, author of Night School, Six girls, six boys. Each in the two separate bays of a single spaceship. They have six minutes each week to seduce and to make their choices, under the unblinking eye of the onboard cameras. They are the contenders in the Genesis programme, the world's craziest speed-dating show ever, aimed at creating the first human colony on Mars. Leonor, an 18-year-old orphan, is one of the chosen ones. She has signed up for glory. She has signed up for love. She has signed up for a one-way ticket. Even if the dream turns to a nightmare, it is too late for regrets.

After a speed-dating show that is literally out of this world, twelve young astronauts are set to become the first humans to colonise Mars. They are also the victims of the cruellest of plots. Leonor thought she was a pioneer on an extraordinary mission. She thought she had left all regrets behind her on Earth. But when memories are this painful, there can be no forgetting . . . 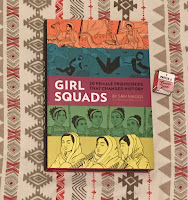 In this inspiring and diverse book, Sam Maggs lends her signature wit and warmth to profiles of some of history's most influential female forces. Spanning art, science, politics, activism, and sport, these girl squads show just how essential female friendship has been throughout history and across the globe. Fun, feisty, and informative- with empowering illustrations by Jenn Woodall- it's the perfect gift for BFFs everywhere.

A Time of Dread by John Gwynne 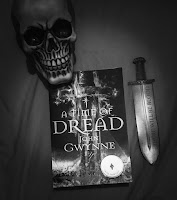 Set in the same world as the Faithful and the Fallen quartet, the first novel in John Gwynne's Of Blood and Bone series, A Time of Dread, takes place one hundred years after the end of Wrath.
The Ben-Elim, a race of warrior angels, once vanquished a mighty demon horde. Now they rule the Banished lands. But their dominion is brutally enforced and their ancient enemy may not be as crushed as they thought.
In the snowbound north, Drem, a trapper, finds mutilated corpses in the forests - a sign of demonic black magic. In the south, Riv, a young, tempestuous soldier, discovers a deadly rift within the Ben-Elim themselves.
Two individuals with two world-changing secrets. But where will they lead? And what role will Drem and Riv play in the Banished Land's fate? Difficult choices need to be made. Because in the shadows, demons are gathering, waiting for their time to rise. . . 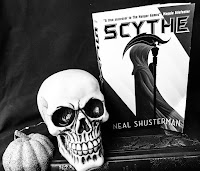 In a perfect world, what is there left to fear?
A chilling and thought-provoking sci-fi novel from New York Times bestselling author Neal Shusterman.A dark, gripping and witty thriller in which the only thing humanity has control over is death.
In a world where disease, war and crime have been eliminated, the only way to die is to be randomly killed ("gleaned") by professional scythes.
Citra and Rowan are teenagers who have been selected to be scythes' apprentices, and despite wanting nothing to do with the vocation, they must learn the art of killing and understand the necessity of what they do.
Only one of them will be chosen as a scythe's apprentice and as Citra and Rowan come up against a terrifyingly corrupt Scythedom, it becomes clear that the winning apprentice's first task will be to glean the loser. 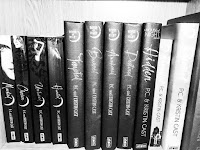 House of Night is a series that follows the adventures of Zoey Redbird, a fifteen-year-old girl who has just become a "fledgling vampyre" and is required to attend the House of Night boarding school in Tulsa, Oklahoma.
Fledglings are marked by a sapphire blue crescent-shaped outline on their foreheads; when they become full-fledged vampires, this mark becomes solid and they receive more tattoos which extend (these usually represent some personality aspect; for instance, Zoey's equestrian teacher, Lenobia, has tattoos that look like horses.) Older fledglings and adult vampires need to drink small quantities of human blood, but House of Night vampires do not attack humans to get it, instead of getting it from blood banks.

Frank, friendly and funny, Trans Teen Survival Guide will leave transgender and non-binary teens informed, empowered and armed with all the tips, confidence and practical advice they need to navigate life as a trans teen. Wondering how to come out to your family and friends, what it's like to go through cross hormonal therapy or how to put on a packer? Trans youth activists Fox and Owl have stepped in to answer everything that trans teens and their families need to know. With a focus on self-care, expression and being proud of your unique identity, the guide is packed full of invaluable advice from people who understand the realities and complexities of growing up trans. Having been there, done that, Fox and Owl are able to honestly chart the course of life as a trans teen, from potentially life-saving advice on dealing with dysphoria or depression to hilarious real-life awkward trans stories. 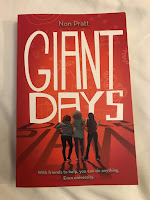 Based on the hit graphic novel series from BOOM! Studios, the publisher behind Lumberjanes, Giant Days follows the hilarious and heartfelt misadventures of three university first-years: Daisy, the innocent home-schooled girl; Susan, the sardonic wit; and Esther, the vivacious drama queen. While the girls seem very different, they become fast friends during their first week of university. And it's a good thing they do because, in the giant adventure that is college, a friend who has your back is key-something Daisy discovers when she gets a little too involved in her extracurricular club, the Yogic Brethren of Zoise. When she starts acting strange and life around campus gets even stranger (missing students, secret handshakes, monogrammed robes everywhere . . .), Esther and Susan decide it's up to them to investigate the weirdness and save their friend. 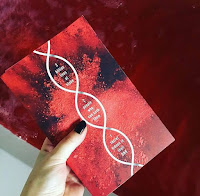 One girl's quest for answers in a genetically and technologically advanced future.
3 billion lives at stake. 2 people who can save them. 1 secret hidden in their DNA. There's no gene for RUN LIKE HELL.
When a lone soldier, Cole, arrives with news of Lachlan Agatta's death, all hope seems lost for Catarina. Her father was the world's leading geneticist, and humanity's best hope of beating a devastating virus.
Then, hidden beneath Cole's genehacked enhancements she finds a message of hope: Lachlan created a vaccine. Only she can find and decrypt it if she can unravel the clues, he left for her.
The closer she gets, the more she finds herself at risk from Cartaxus, a shadowy organization with a stranglehold on the world's genetic tech.
But it's too late to turn back. 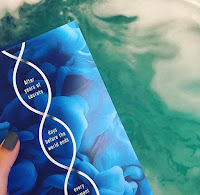 Catarina thought they'd stopped the Hydra virus. She was wrong.
After laying everything on the line to decrypt the vaccine, Cat realises that Lachlan's daemon code is in the panel of every person on the planet. With it, he can reprogram humanity. She, Cole and Leoben set out to stop him, but they're on a timer. Cartaxus - the shadowy corporation that's both helped and hindered them - has a deadly end game in play. The virus is evolving, the vaccine is dying, and if Cat can't find Lachlan in three days, they'll use lethal code to wipe out everyone.
Their path takes them to Entropia, an underground city deep in the desert and home to the most extreme gene hackers, run by the queen of coding, Regina. Struggling with the revelations about her past, and plagued by strange visions, what Cat finds in Entropia is more than just a trail to Lachlan. Because in the vaulted chambers of Regina's kingdom, Cat is forced to question everything she knows and everyone she trusts and discovers that the biggest threat of all may be buried in her own mind.