I Dare You (Kate Blakemore Book 1) by Murray Bailey 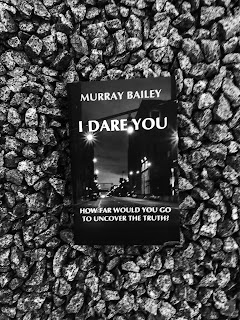 This book is about an ordinary lady called Kate and she goes through no end of trouble and murder and mayhem to discover what has become of her American boyfriend when he is snatched off the street and disappears. Since the day her boyfriend is abducted, Kate is torn between trusting him and giving up on him Gradually she uncovers information and tries to discover the truth. Kate ignores family and friend’s advice and decided to investigate, as a result, the body count starts to rise and she is soon on the run from the Police. However, finding the truth means risking her life as well as her loved ones' and one back and others are following her every move, she has to live on the run while pursuing the clues she believes her boyfriend left for her. the questions go from “What happened to him?” through to “Who can I trust?”.

There’s a great build up and climax and (Spoiler) be warned that when you think it’s all over, it isn’t. This book grips from the first page with plenty of thrills twists and turns right to the end. The book is an intelligent well-written story, the story starts with some unconnected events and eventually the events start to make sense, the story becomes gripping, really hard to put down. The attention to detail is great, the story is very well thought out and has lots of depth, certain aspects are left to the imagination.  The only slight complaint I have is that the ending seems to be a bit in a rush, though Kate really deserves it, having been through a lot. The other little complaint is there is a slight stereotyping on Arabs.