Hello Readers,
Smear Test is the dreaded fear-inducing word for most women. I have had to talk my friends into going and now I'm doing it on the internet. I think we really need to get over it, guys. I get it! You don’t want anyone to see your vagina! You think it's going to hurt! You're embarrassed! But you know what is going to be worse? Looking into the eyes of your family telling them you have advanced cervical cancer because you were too embarrassed.

I know smear tests aren’t a test for cancer, it's a test to check the health of the cells of the cervix in some cases, cells need to be removed so they can't become cancerous. Smear tests are the best way to pick up any abnormal cells that could later turn into cancer. Cervical screenings in the UK can prevent up to 75% of cervical cancers from developing.

Why do I have a bee in my bonnet?
Screening rates are at their lowest for two decades.
I've seen the effect treat takes on a person.
Some of the excuses are beyond stupid and petty

If I can help or at least try help remove some of the taboo and comfortableness around the Smear Tests I’m going to do it, it’s another cause close to my heart. Back in the early 2000s, My Grandma was diagnosed with cervical cancer (If you have read my CoppaFeel post same Grandma). Even though I was around 7, I can still remember seeing what she went through and wouldn’t wish it onto anybody. I saw my fun-loving still going out clubbing Grandma calm down through treatment it was strange. But we were lucky she kicked cancers butt and lived a further 10 years growing old disgracefully (her words not mine).

Scary Words
Smear Test
Go in don’t make eye contact lie on the couch and think of fun things simple. I actually get on with the nurse who did my last one and we had a laugh and a joke about it! Why not! It’s a little awkward for everyone

Abnormality
Let’s break down abnormality. An abnormality in a smear test doesn’t necessarily mean you’ve got cancer, abnormalities are split into 4 levels, and even the most serious can be treated before cells become cancerous. See nothing to worry about guys!

The Jade Goody Effect
In August 2008, Goody appeared on the Indian version of Big Brother but left the show early after learning that she had cervical cancer. By February 2009, the cancer had gotten worse, and Jade now was terminally ill. She died, in the early hours of 22 March 2009, at the age of 27.
Despite such a tragic end to a life, figures from the NHS prove that Jade did a great job in raising awareness of cervical cancer and the number of women aged 25-29 asking for a smear test shot up by a third. In March 2009, smear attendance was 70% higher than expected.

According to the NHS website, 1 in 4 women skip the cervical screening, with the proportion increasing to 1 in 3 among those aged 25 to 29. A survey carried out by Jo's Cervical Cancer Trust between 2016-17. Jo's Cervical Cancer Trust is the only UK charity dedicated to women affected by cervical cancer and cervical abnormalities. It aims to improve cervical cancer prevention and treatment, and so reduce the impact on women and their families.

Let’s hear the excuses from the survey
35% of all women reported being embarrassed to attend because of their body shape
34% had concerns over the appearance of the vulva
38% were concerned about whether they smelled "normal"
31% said they wouldn't go if they hadn't shaved or waxed their bikini area
35% wouldn't go if they had to take time off work,
16% wouldn't miss the gym to attend
14% would rather miss a smear than a waxing appointment
20% would rather not know if something was wrong

At the end of the day its 5 minutes out of your day every three years. Ladies if you do one thing this year, please go and have your smear test!  Let’s discuss this and remove the taboo. 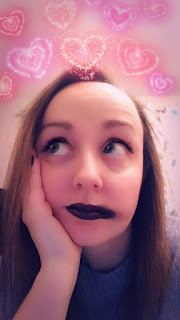