March 09, 2019
Hello Readers,
Thank you, Ellie and Canelo for sending me a free copy of Trapped by Nick Louth in exchange for a spotlight.

Today is my stop on the Trapped Blog tour grab a biscuit and a cuppa, I’ve got a spotlight
just for you. This post contains links to buy the book, I do not profit from the sharing of these links. 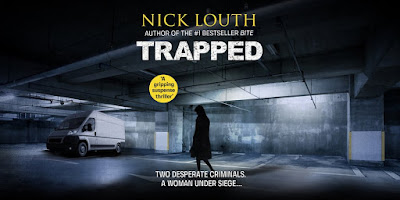 Book Blurb:
Two desperate criminals. Something she never saw coming. A searing suspense thriller from bestselling author Nick Louth
In Manchester, two hardened gang members on the run take Catherine Blake and her one-year-old son hostage at gunpoint. She is in the wrong place at the wrong time.
Held in a Transit van, Catherine needs a plan fast. But it means diving into her captors’ risk-drenched world, and playing them at their own game.
Catherine has been through cancer, miscarriages and five draining years of IVF in order to have her son Ethan. He is the most precious thing in the world. She may be terrified out of her wits, but she’d do anything to protect him. Anything, no matter the cost...
Brace yourself.
A nerve-shredding suspense thriller you won’t believe until you have experienced it yourself, Trapped is perfect for fans of Cara Hunter, JP Delaney and Rachel Abbott. 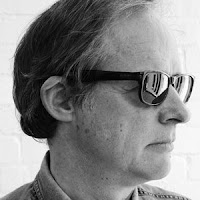 Nick Louth is a best-selling thriller writer, award-winning financial journalist and an investment commentator. A 1979 graduate of the London School of Economics, he went on to become a Reuters foreign correspondent in 1987. It was an experience at a medical conference in Amsterdam in 1992, while working for Reuters, that gave him the inspiration for Bite, which was self-published in 2007 and went on to become the UK No. 1 Kindle best-seller for several weeks in 2014 before being snapped up by Sphere. It has sold a third of a million copies, and been translated into six languages.
The terrorism thriller Heartbreaker was published in June 2014 and received critical acclaim from Amazon readers, with a 4.6 out of 5 stars on over 100 reviews. Mirror Mirror, subtitled  ‘When evil and beauty collide’ was published in June 2016. The Body in the Marsh, a crime thriller, is being published by Canelo in September 2017. Nick has been freelance since 1998 and has been a regular contributer to the Financial Times, Investors Chronicles and Money Observer, and has published seven other books. 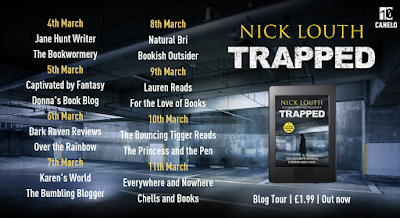