Today we are carrying on women’s week and looking into first women. I could have gone anywhere with this I know but I have picked three women who I personally think need a spotlight. I will be looking at Valentina Tereshkova the first woman in space. Bessie Coleman the first woman of African-American descent and the first of Native American descent, to hold a pilot license. Finally, I will be looking at Amelia Earhart thanks to the people who voted. 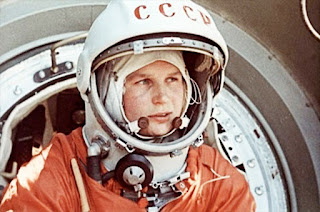 In 1963, Valentina spent almost three days in space and orbited Earth 48 times (71 hours) in her space capsule, Vostok 6. Valentina returned to earth, having spent more time in space than all U.S. astronauts combined to that date.

Although Valentina did not have any experience as a pilot, she was accepted into the program because of her 126 parachute jumps. At the time cosmonauts actually had to parachute from their capsules seconds before they hit the ground on returning to Earth. (anyone else says screw that or just me)

In 1963, Valentina was chosen to take part in the second dual flight in the Vostok program. On June 14, 1963, Vostok 5 was launched into space with cosmonaut Valeri Bykovsky aboard. With Bykovsky orbiting the earth, Tereshkova was launched into space on June 16 aboard Vostok 6. Valentina’s spacecraft was guided by an automatic control system, and she never took manual control.

Just a little note, just a tiny niggle. The United States screened a group of female pilots in 1959 and 1960 for possible astronaut training but decided to restrict astronaut qualification to men. The first American woman in space was astronaut and physicist Sally Ride, who served as mission specialist on a flight of the space shuttle Challenger in 1983 twenty years later! 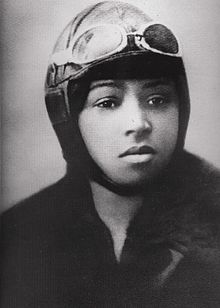 Bessie was the first African American and the first Native American woman pilot. Known for as; “Brave Bessie,” “Queen Bess,” and “The Only Race Aviatrix in the World.”

At age 23, Bessie went to the Burnham School of Beauty Culture and became a manicurist in a local barbershop. Bessie’s brother John teased her because French women were allowed to learn how to fly aeroplanes and Bessie could not.  Bessie applied and was rejected by so many flight schools across the country because she was both African American and a woman.

Robert Abbott a famous African American newspaper publisher told her to move to France where she could learn how to fly. Bessie was accepted at the Caudron Brothers' School of Aviation in Le Crotoy, France. She received her international pilot’s license on June 15, 1921, from the Fédération Aéronautique Internationale. In 1922, she performed the first public flight by an African American woman.

During her life as a pilot, Bessie refused to speak anywhere that was segregated or discriminated against African Americans. Bessie’s goal was to encourage women and African Americans to reach their dreams. Unfortunately, her career ended with a tragic plane crash, but she continues to inspire people around the world. 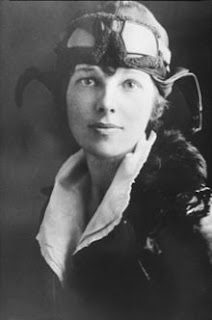 Amelia Earhart was an American aviator who set flying records and advocated the advancement of women in aviation.

During World War I, Amelia served as a Red Cross nurse’s aide in Toronto, Canada. After the war, she returned to the United States and enrolled at Columbia University in New York as a pre-med student. Earhart took her first aeroplane ride in California in December 1920 with famed World War I pilot Frank Hawks and was hooked.

In January 1921, she started flying lessons with female flight instructor Neta Snook. To help pay for those lessons, Earhart worked as a filing clerk at the Los Angeles Telephone Company. Later that year, she purchased her first aeroplane. Amelia passed her flight test in December 1921, earning a National Aeronautics Association license.

Amelia was the first woman to fly solo across the Atlantic Ocean, and the first person ever to fly solo from Hawaii to the U.S. mainland. During a flight to circumnavigate the globe, Earhart disappeared somewhere over the Pacific in July 1937. Sadly, her plane wreckage was never found, and Amelia was officially declared lost at sea.
Womens History Month