Today we are carrying on woman’s week and looking women in politics. I could have gone anywhere with this I know but I have picked three women who I personally think need a spotlight. I will be looking at Emmeline Pankhurst, Malala Yousafzai and Rosa Parks. 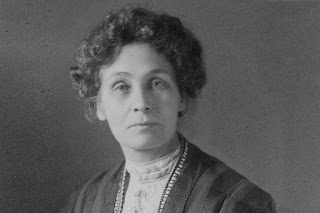 Emmeline was a leading British women's rights activist, who led the movement to win the right for women to vote.

In 1889, Emmeline founded the Women's Franchise League, which fought for the rights for married women to vote in local elections. In October 1903, Emmeline assisted in creating the more militant Women's Social and Political Union (WSPU) an organisation that gained notoriety for its activities and whose members were the first to be given the title 'suffragettes'.

British politicians, press and the public were shocked by the demonstrations, window smashing, arson and hunger strikes of the suffragettes. Like many suffragettes, Emmeline was arrested on numerous occasions over the next few years and went on hunger strike, resulting in the vile force-feeding funnel tube thing (don’t look it up it is beyond vile and inhumane!). This period of militancy was ended almost immediately with the outbreak of world war in 1914 when Emmeline and the other Suffragettes turned their energies to supporting the war effort.

In 1918, the Representation of the People Act gave voting rights to women over 30. Emmeline died 10 years later, shortly after her death women were granted equal voting rights with men (at 21). 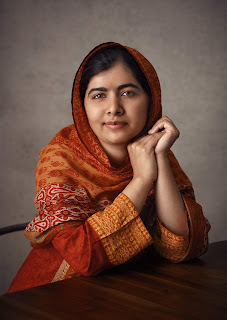 Malala is a Pakistani activist who spoke out publicly against the prevention of the education of girls that was imposed by the (TTP)Tehrik-e Taliban Pakistan (Pakistani Taliban). She gained global recognition when she survived an assassination attempt at age 15.

On September 1, 2008, when Malala was 11 years old, her father took her to a local press club in Peshawar to protest the school closings, and she gave her first speech. The BBC approached Malala’s father looking for someone who might blog for them about what it was like to live under TTP rule. Under the name Gul Makai, Malala began writing regular entries for BBC about her daily life.

In 2009 Malala made her first tv appearance when she was interviewed on the Capital Talk show. With Malala gaining momentum in the local and international media, it had become apparent that she was the BBC’s young blogger. Once her identity was known, she began to receive widespread recognition for her activism.

On October 9, 2012, Malala was shot by a TTP gunman while she was on her way home from school. TTP took responsibility for the attempt on her life.  Thankfully Malala survived the attack.

The incident provoked protests, and Malala cause was taken up around the world, including the UN and a petition that called for all children around the world to be back in school by 2015 was created. That petition led to the endorsement of Pakistan’s first Right to Education bill.

In 2014 Yousafzai and Kailash Satyarthi were jointly awarded the Nobel Prize for Peace in recognition of their efforts on behalf of children’s rights. 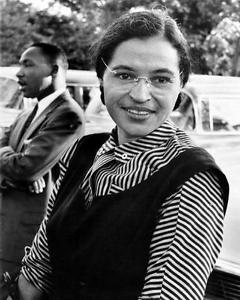 Growing up Rosa had lived with racism in the south. Rosa would have lived in fear of the members of the KKK (That is all the attention they are getting). She also saw the injustice of the world when a black man got beaten by a white bus driver for getting in his way. I know it was a different time but shocking the bus driver only had to pay a $24 fine!

Rosa and her husband Raymond wanted to do something about it so they joined the National Association for the Advancement of Coloured People (NAACP).  Rosa worked closely with chapter president E.D. (Edgar Daniel) Nixon.  Word of Rosa’s arrest spread quickly and Nixon was there when Parks was released on bail later that evening. Nixon had hoped for years to find a courageous black person to become the plaintiff in a case that might become the test for the rationality of segregation laws. One more idea evolved as well: The black people of Montgomery would boycott the buses on the day of Parks’ trial.

On December 5, Rosa was found guilty of violating segregation laws, given a suspended sentence and fined $10 plus $4 in court costs. Parks courageous act and the subsequent Montgomery Bus Boycott led to the integration of public transportation in Montgomery. Her actions were not without consequence though and after the boycott, Parks and her husband moved to Hampton, Virginia and permanently settled in Detroit, Michigan. Parks work proved to be invaluable in Detroit’s Civil Rights Movement. She was an active member of several organisations which worked to end inequality in the city.

Bonus Fact: When Rosa Parks refused to give up her bus seat in 1955, it wasn’t the first time she’d clashed with driver James Blake. Parks stepped onto his crowded bus on a chilly day 12 years earlier, paid her fare at the front, then refused the rule that meant black people had to disembark and re-enter through the back door. She stood her ground until Blake pulled her coat sleeve. Parks left the bus rather than give in.