Today we are carrying on women’s week and I have picked three women who I personally think need a little more recognition. I have chosen to spotlight Mary Seacole, The Red Roses (England Women's Rugby) and Eileen Nearne 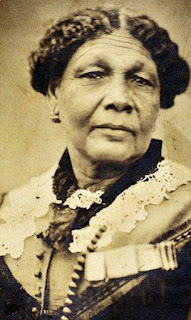 I have chosen Mary Seacole for my own negligence I have heard of Florence Nightingale but not Mary. It wasn’t until I was talking to aunty about women who needed more recognition that Mary came up after some research, I couldn’t wait to share Mary's tale.

At 12 years old, Mary was already helping her mother run a boarding house in Kingston, where many of the guests were sick or injured soldiers. Mary’s mother taught her a lot about traditional Jamaican treatments and remedies, and Mary was fortunate enough to learn more about medicine and treatments from army doctors staying at the boarding house.

In 1836, Mary married Edwin Seacole in her hometown of Kingston. But sadly, Edwin was a very sick man and died in 1844. Following her husband’s death, Mary focussed on caring for sick people. Mary's medical skill were put to good use in 1850 when the people of Kingston fell victim to a deadly disease called cholera.

When Mary heard the news of British soldiers going off to Russia to fight in the Crimean War, she wanted to help. So, Mary went to the War Office in London to request if she could join Florence Nightingale and her team of nurses. Mary was turned down, along with several other nurses. Guess what she did? Mary stuck up her two fingers got her friend Thomas Day to join her and in 1866 they set off to the Crimea in a ship stocked with medical supplies.

When Mary eventually arrived many of the soldiers were cold, dirty and hungry, and those that were sick and wounded weren’t being cared for. Mary decided something had to be done and so, with her loyal friend Thomas, she opened a “British Hotel” near to the battlefields. To be clear, this wasn’t a ‘hotel’ it was a hut made of metal sheets, where soldiers could rest and buy hot food, drinks and equipment. Mary used the money spent there to help treat and care for sick and wounded soldiers.

A lot of nurses did invaluable work looking after the soldiers in the Crimean War and no one has any right to take that away from them. However, Mary went a step further than most, and rode on horseback into the battlefields, while under fire, to nurse wounded men from both sides of the war.

After the war Mary led a quiet life, spending her time between London and Jamaica where she went to escape cold winters and Mary received a number of medals for her bravery from governments in different countries. 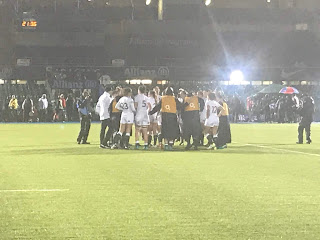 Anyone who knows me personally or has seen my social feeds knows I love rugby. I don’t want to sound all feministy right away but I prefer watching The Red Roses games because they are a lot quicker, cleaner and all-around better game experience. As the final round of the 2019 Women's Six Nations draws closer the Red Roses will hopefully win against Scotland at Twickenham Stadium to secure the Grand Slam.

The England women's national rugby union team first played in 1982. In 1994 the Rugby Football Union for Women (RFUW) was formed in England with each of the Home Nations governing their own countries. Many of the top men’s clubs have had women’s teams including Wasps, Saracens, Worcester, London Irish and Harlequins.

Since the 1990s, rugby for women has grown significantly as more rugby union tournaments were being held and women’s rugby was given more publicity and centre stage although 7s tend to be more popular.

In 2003 England staged the first women’s international at Twickenham. While in 2006 the RFU devoted the rugby museum's main annual exhibition to the history of women's rugby—"Women's Rugby—A Work in Progress", and the Women's Rugby World Cup was broadcast live on the internet.

If I am wrong please feel free to correct me but I don’t think it was till the men’s 2015 rugby world cup being held in England that I noticed The Red Rose getting any recognition. I noticed the Hashtags #WatchThemGrow and #SendHerVictorious start appearing on adverts and social media platforms. Since the 2017 Women's World Cup, the Red Roses have won 14 of their 15 Tests matches.
Red Roses in numbers
World Cup
2 wins
Six Nations Championship
14 wins
13 Grand Slam
19 Triple Crowns
European Championship
5 wins 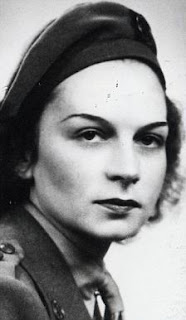 Eileen and her family were living in France in 1940 when the Nazi’s invaded. Her parents and brothers decided to remain in France while sending Eileen and her sister Jacqueline back to England.
The young women had to travel through neutral territories before finally reaching London in 1942. There they were offered jobs with the Women’s Auxiliary Air Force, but Eileen turned the offer down.
However luckily for Eileen, she was fluent in French, British intelligence offered her a job with the Special Operations Executive (SOE). Initially, Eileen stayed in Great Britain, working as a signals operator who handled messages from undercover agents abroad.

In March 1944, Eileen finally went to France to work in the field. The Frenchmen that Eileen met upon arrival thought she was too young for such dangerous work, but she refused to be sent home. Eileen assumed the aliases Mademoiselle du Tort and Jacqueline Duterte and set to work in Paris. Her code name was simply “Rose”.

the Germans were getting better at detecting radio transmissions, to stay ahead, Eileen regularly changed addresses. She was nearly caught on a train when a flirtatious German soldier offered to carry her bag—the very one which contained her transmitter.

On July 21, 1944, Eileen had just sent a message when she heard the unmistakable wail of sirens outside. She tried to burn her notebook and hid her equipment before the Gestapo broke in. The burning papers were incriminating enough, but then they found her radio.

Eileen tried to reason with the Gestapo claiming she was French and simply sending messages for a businessman. The Gestapo didn’t believe her and she was taken to the headquarters, where she subjected to torture. Despite that, she would not reveal any information. Eileen was then sent to the Ravensbruck concentration camp in Germany. They shaved her head, and also threatened to shoot her when she refused to do prison work. Over the next few months, they moved her to different camps and tortured her, but she never changed her story.

On 13 April 1945, she escaped with two French girls from a work gang by hiding in the forest, later travelling through Markkleeberg, where they were arrested by the S.S. but released after fooling their captors and reportedly hidden by a priest in Leipzig until the arrival of United States troops.