April 13, 2019
Hello Readers,
Thank you, Ellie and Canelo for sending me a free eBook copy of A Dangerous Act of Kindness by LP Fergusson in exchange for a spotlight.

Today is my stop on the Trapped Blog tour grab a biscuit and a cuppa, I’ve got a spotlight and a miniature review. just for you This post contains links to buy the book, I do not profit from the sharing of these links. 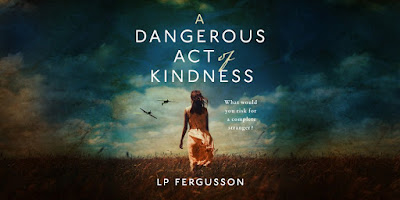 Book Blurb:
What would you risk for a complete stranger?
When widow Millie Sanger finds injured enemy pilot Lukas Schiller on her farm, the distant war is suddenly at her doorstep. Compassionate Millie knows he’ll be killed if discovered, and makes the dangerous decision to offer him shelter from the storm.
On opposite sides of the inescapable conflict, the two strangers forge an unexpected and passionate bond. But as the snow thaws, the relentless fury of World War Two forces them apart, leaving only the haunting memories of what they shared, and an understanding that their secret must never see light.
As Millie’s dangerous act of kindness sets them on paths they never could have expected, those closest to them become their greatest threats, and the consequences of compassion prove deadly…
A Dangerous Act of Kindness is a beautiful, harrowing love story, perfect for fans of Rachel Hore and Santa Montefiore

Author Bio:
LP Fergusson grew up on the borders of Wales in a Tudor house on the banks of  the River Wye. As a child she longed to go back in history. Now she does, through her writing. She has an MA in Creative Writing from Oxford Brookes University and won the Blackwell’s Prize for MA Creative Writing. Her stories have made a number of shortlists for competitions run by the Orwell Society, Oxfordshire Libraries and Flash500. Her psychological thriller reached the final three of a Quercus/Psychologies Thriller competition and her wartime novel A Dangerous Act of Kindness was Highly Commended in the Caledonia Novel Award 2018. She edits the historical blog With Love from Graz which was featured on BBC Radio Wales, Radio 2 and BBC4’s A Very British Romance with Lucy Worsley. She now lives in an Oxfordshire village beneath the chalk downs where her debut novel is set. 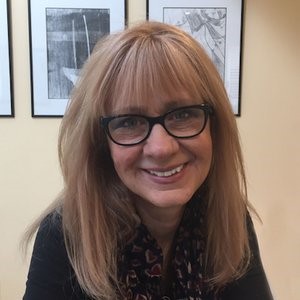 Miniature Review
I was completely captivated by this beautiful book and in my opinion, is historical fiction at its finest laced with love and courage amidst the backdrop of war. Millie Sanger is a young widow struggling to keep the dairy farm that had been in her husband’s family for generations without having the war adding to her troubles. Millie’s polite is made worse by the War Agricultural Executive Committees (War Ags) wanting to take the farm off unless Millie ups its production. With men and women across the land doing their duty for their country, the war has touched and changed the lives of everyone.

One evening just before a blizzard cuts off her farm from the outside world, Millie is out checking her farm when her dog runs off. She goes after him and ends up by one of the remote unused barns that just happens to be the same barn her husband killed himself in. Millie has known plenty of anguish and upheaval in her life already, however, the war which seemed so far way comes shockingly close when she finds an injured pilot on her farm. Not just any pilot, but the pilot from the Messerschmitt, a Lukas Schiller. He appears to be injured and struggling to keep his gun raised at the dog. Millie becomes consumed with pity for the injured pilot despite knowing that if they were discovered, he would be killed on the spot, so the kind-hearted widow decides to offer him shelter. All the while the blizzard has started to set in. Millie and Lukas might be on opposite sides, but thrust together by fate, they find themselves drawn to one another and forming an unexpected bond.

LP Fergusson makes you feel every aspect of the second world war from the beauty of the changing English landscape, the comedy and bleakness of the evacuees and the way their lives brush up against the people of society. The narrative was woven beautifully and pulled at the heartstrings. The love story acts as a beacon of hope, whilst the ravages of war played on around them. A Dangerous Act of Kindness is a compelling and evocative tale that will plunge the reader into a world of risk, jeopardy and bravery that will leave them breathless. When the war ends will they ever see each other again and overcome any hurdles that may come their way or are their lives on a different unchangeable path? 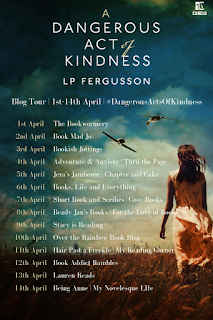