I’ve been wanting to do this one for a while but I’ve taken my time with the post to try and be as respectful as I can. I was Potter fan. I was at boarding school when the gained popularity, I went to the midnight launches and I’ve been to the studio tour multiple times, what I’m trying to get at is that this isn’t a hate-filled post and I was a huge fan but as more revaluations where with each added revealed I lose interest a little more. Here are some observation I have made since the final book and film release. 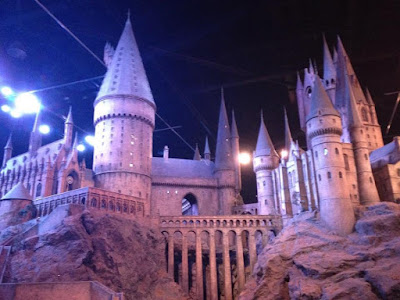 I have come to the slight conclusion that JK Rowling is damaging her franchise for the original readers. Like come on…. be honest did we need to know what happened before plumbing at Hogwarts the thought never crossed my mind.

I will support LGBT rights till my last breath but Dumbledore being gay it honestly feels like this reveal was once again an attempt by Rowling to seem inclusive without ever actually including representation in a meaningful way. If I’m honest a way to make the second Fantastic Beast movie more interesting. I am honestly so frustrated that Rowling seems to be trying to get points for having diverse characters while never actually including much diversity in the books in the first place. Recommendation alert if you want diversity go read The House of Night series.

Uncle Vernon supporting Brexit. If you take both the films and book timeline into consideration this is completely irrelevant! I'm sorry the battle of Hogwarts was in 1998 which means other than the epilogue the story has finished the world is closed we don’t need this added information on current political issues.

Nagini being human, let's take a second to remember that wormtail has to milk venom from Nagini's fangs and feed it in a bottle to Voldemort in order to keep him alive (THINK link huh? its a line). On Twitter, Rowling explained that Nagini is a human and a Maledictus, not an Animagus. Her condition is a blood curse that only affects women, and one that Nagini has no control over. Also lets remember Lord Voldemort could also possess Nagini, like he did on the night where Arthur Weasley was attacked in Order of the Phoenix the implication of this are creepy!!!!!!  Nagini was first introduced in Goblet of Fire the book was released in 2000 fast forward to last year when it was revealed she was human in the Fantastic Beasts: The Crimes of Grindelwald trailer and again this seems like a way to make the second Fantastic Beast movie more interesting.

The last one annoys me the most, information released on Pottermore went into a long backstory on McGonagall that mostly focused on her love life instead of her abilities as a witch. The woman who took control during the battle of Hogwarts and one of the greatest female role models from the series! Rowling turned her into a scorned woman’s whose marriage to a muggle didn’t work out. While including information about her romantic life isn’t necessarily a bad thing, it is weird that most of the new information about the character was about romance and not how she became the woman we love and someone I looked up to.

Oh I almost forgot, one of the biggest revelations in  Fantastic Beasts: The Crimes of Grindelwald was that Credence Barebone is actually Aurelius Dumbledore, the third, youngest, and lost brother of Albus and Aberforth. This makes no sense considering that so much of Harry Potter and the Deathly Hallows was about Dumbledore’s family and all of the information about his family was already revealed. Oh, and to get really pedantic the dates don’t add up, Albus’ father would have been in Azkaban and his mother would have already been dead at the time of Aurelius’ birth.

L x
What has been your shocking reveal about the Potterverse?