A Chilling Revelation by Paul Cude

Thank you, Paul, for getting in contact with me and gifting me an eBook copy of A Chilling Revelation in exchange for a review. This is the second book in the series check out my review of A Threat from the Past here. 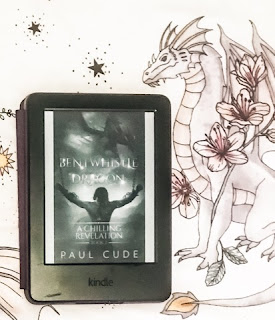 This book picks up right after a fight between Mason and Peter. We are reunited with Peter Bentwhistle, who is doing his best to fall back into his normal routine with his friends who welcome him back after his near-death experience. Peter is currently stuck in human form due to an injury from a previous adventure. Whether he wants a normal life or not, things will never be the same and the kings guard him that he is different, that there will always be a threat out there and he needs to keep vigilant. We meet an old foe, drawn in, the dangerous but deadly plot is formed against the Dragon Kind, an old foe, The Naga. With dark forces at work, we can only imagine what is up next for Peter and his Friends.

The book is told between the perspectives of Peter and Flash, flicking between them in alternative chapters. It follows Peter’s return, his growing affection for a human and his attempts to put the past behind him. While we get to meet Flash, a Crimson Guard investigating the recent troubles in Antarctica who also works for the king. There Flash discovers a bigger plot, worldwide danger and Peter and friends are soon pulled in. I really liked Flash, I found him to be an interesting character who helped liven up the scenes he was in. As both tales beautifully collide for a captivating ending and perfect set up for the next book, as Peter and his friends are drawn into worldwide danger and bigger plot than any could conceive.

I loved jumping straight back into Paul’s world where we live side by side with Dragons. The world where dragons are part of a society of dragons living underground in a parallel world to humans. There is a king and his council and dragons who can take on human form. Once again the blending of human and dragon worlds is perfect and extremely detailed. The setting is truly magical, imaginative and great fun.

The adventure begins with a mission in Antarctica and includes a complex terrorist plot. Just like the first book in the series, there’s an abundance of well thought out scenes that make you feel like you are right there in the story. This book is full of interesting characters, suspenseful action and great humour. There is action, adventure and also young love.