From the polls on social media, you guys picked paper number three…. Mary Bell (Hints in the title). I’m guessing you’re asking who is Mary Bell and why haven’t I heard of her? Mary was only 10 years old when she committed her first murder.I am in no way agreeing or condoning her actions she had a right to murder but she had a tough upbringing which is what I’m going to delve into first. I am using an image I have found through google I do not own any rights and am using the image purely for informational purposes (Fair use under the copyright act sections 29 and 30). 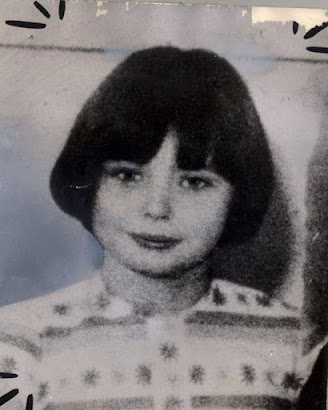 Mary Bell was born to Betty, a 16/17-year-old prostitute who reportedly told doctors to “take that thing away from me”. Betty was often away from home on “business” trips but her absences were periods of respite for the young Mary, who was subject to both mental and physical abuse when her mother was present.  Multiple family members and witnesses recall Betty attempting to murder Mary at only two or three years old. One-time Betty even gave the young Mary to a woman she met on the street, Betty's sister quickly recovered Mary from the stranger with little help from Betty.

Mary was also “accident-prone”; she once fell from a window, and on another occasion accidentally overdosed on sleeping pills. Some attribute the accidents to Betty’s determination to rid herself of an encumbrance, while others see accidents as the symptoms of Munchausen syndrome by proxy. The Bell home, in the Scotswood area of Newcastle, was said to be filthy and sparsely furnished. At school, Mary became known as a chronic liar and a disruptive pupil. Warning skip the next paragraph yes them two lines we're going to get dark

Mary herself says Betty started to offer her up to some of her clients, and as early as four years old which means Mary was being sexually assaulted by these men.

Although Mary’s violent behaviour is noticed by those around her, nothing is done and she carries on unchecked, with terrible consequences. On May 11, 1968, Mary had been playing with a three-year-old boy when he was badly injured in a fall from the top of an air-raid shelter; his parents thought it was an accident. She also tried to strangle a little girl and suffocate her by filling her mouth with sand while her friend Norma held her down.  Although Norma is a couple of years older than Mary, she had learning difficulties and was easily led. As a result, her previous crimes, including attacks on other children at school, vandalism and theft did not attract unnecessary attention it was the perfect mix for what’s to come next.

On May 25th, 1968, on the eve of her eleventh birthday, Mary Bell strangled four-year-old Martin Brown to death in an abandoned house. This is slightly infuriating and pure police incompetence There was an empty bottle of painkillers on the floor near the body. In the absence of better information and pure laziness, they assumed Martin Brown had swallowed the pills so his death was ruled an accident. He was four years old in an old building, of course, he had an overdose, he couldn’t have possibly slipped and fallen over or you know have been murdered. Mary told her classmates that she had killed Martin Brown. But her reputation as a show-off and a liar prevented anyone from taking her claims seriously.

On July 31, two months after the first murder, Mary Bell and her friend Norma killed three-year-old Brian Howe by strangulation. When Brian’s body was finally found, the neighbourhood was panicked: two boys were dead in as many months.

On 17 December 1968, at Newcastle Assizes, Norma was acquitted but Mary Bell was convicted of manslaughter on the grounds of diminished responsibility, the jury taking their lead from her diagnosis by court-appointed psychiatrists who described her as displaying "classic symptoms of psychopathy".  Mary was initially sent to Red Bank secure unit in St. Helens, Lancashire.

After her conviction, Bell was the focus of a great deal of attention from the press and her loving caring mother repeatedly sold stories about her. Mary made her own headlines when, in September 1977, she briefly escaped from Moore Court open prison, her penalty for the escape was a loss of prison privileges for 28 days.

After serving 12 years in various jails, Mary was freed at the age of 23. She was also granted anonymity, so she could escape the media frenzy about her.  In 2001, Bell won a battle in the High Court to keep her anonymity and her daughter’s anonymity for life, something that later was updated to include Bell’s granddaughter as well.