Happy fourth birthday to my blog, does this mean we are now out of the toddler stage. Bad joke I know but hey I tried I made the same bad joke on my blogs second birthday. I will be honest I still have imposter syndrome and I really did think my blog would disappear and no one would want to read what I have to say.

I want to say thank you to every single person who reads my posts, retweets my posts and just for the support I have received since I started. I never in a million years thought I would write almost four hundred posts let alone that I would be sitting at over 164,000 views. That is more people than the estimated population of Tonga. Thank you, so much brain for making me look that up I would like to throw up.

Even after four year I love being part of the bookish community and it has been a lovely part of my life. Thank you again, too all the PR people, authors and bookish friends that have made this possible. Also, special mention to Lauren who puts up with me asking for book recommendation then gets a message saying I am in hospital in the next breath.

Today also marks one year since I got my diagnosis of Idiopathic Anaphylaxis what a year, I have had thirty life threatening reactions. Including six trips straight into red resus what a hoot. Here is a link to a post I did all about it.

Catch you same time next year, 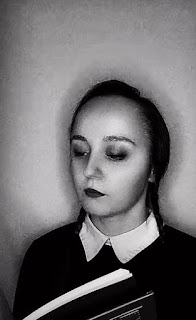