This might surprise some people, but I am a huge Scooby Doo fan and have seen almost all of the animated movies and all of the live action movies. These movies are in release date order not favourite order and I have included a short plot of each movie. There are rumours that Velma is getting her own series on HBO max, and I am going to be LIVING for it. 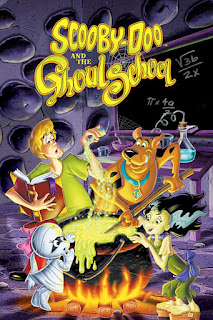 After accepting a job as gym teachers at a finishing school, Scooby, Shaggy, Scrappy make their way to creepy looking school. Where Shaggy, Scooby and Scrappy are shocked to learn that their pupils are the offspring of famous monsters, as the student body consists of the daughter of Count Dracula, the daughter of Frankenstein’s monster, daughter of the Wolfman, the ghostly daughter of a phantom, and finally, the daughter of the Mummy. Our favourite trio train girl-ghouls who have been losing all their volleyball games against the local military school. Disaster strikes when Revolta, a wicked spider-witch decides to use the Grimwood girl-ghouls for her own evil purposes.

Scooby-Doo! and the Reluctant Werewolf (1988) 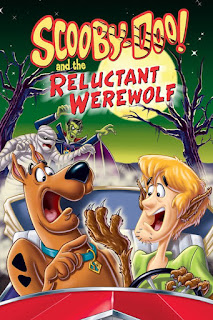 Shaggy has become a talented race car driver, where he competes and wins at the Tyler County Racetrack. Every year, the classic monsters get together at Dracula's castle in Transylvania for the "Monster Road Rally", an ultimate road race, awarding the winner with the "Monster of the Year". This year however, Dracula receives a postcard from the Wolfman stating that he has retired to Florida and will not be participating. Missing one of the most well-known monsters, Dracula fears they will have to cancel the race. Luckily, Dracula's minion Wolfgang notifies him there is another option, specifically, create a new werewolf. After searching an old book for information on whom is next in line to become the next werewolf, it is revealed that it is none other than our own Shaggy Rogers. Dracula sends his henchmen to America to transform Shaggy into a werewolf and bring him back to his castle. 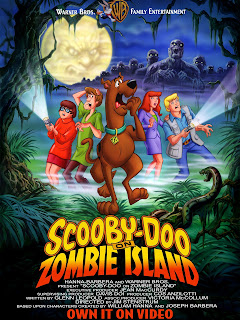 Daphne is on a talk show to promote her mystery-travel series, Coast to Coast with Daphne Blake, during which she tells the host about past Mystery Inc. cases from when she was younger. She also discusses her new show in which she plans to find real monsters and how she and the gang have all gone their separate ways except for Fred, who works as her camera operator. The gang decides to go to New Orleans for the first segment of the television program, As Scooby and Shaggy look for food from local shops, Daphne, Fred, and Velma meet a young chef named Lena. Lena overheard Daphne's disappointment and mentions that a real ghost named Morgan Moonscar haunts the island she works at. Velma looks up the island on her computer and agrees that there had been numerous strange disappearances on Lena's island. They agree to follow Lena back to her island. 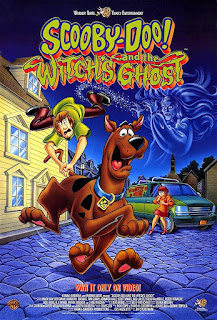 Ben Ravencroft, a famous horror writer of whom Velma is a huge fan, assists the Mystery Inc. gang solving a case at a museum. Afterwards, Ben invites the gang to his hometown of Oakhaven. But when they arrive there, they find that the town has been built up by its mayor into a tourist attraction, complete with a replica of the town in the 17th century and a supposed ghost of a witch who haunts the town. The mayor and pharmacist Mr. McKnight explains that the ghost is of Sarah Ravencroft, a relative of Ben's, who was persecuted as a witch by the town in the 1600s. But Ben says that Sarah was a wiccan who used natural herbs to heal people, and even has a diary of all her patients that Ben wants to find to prove her innocence. 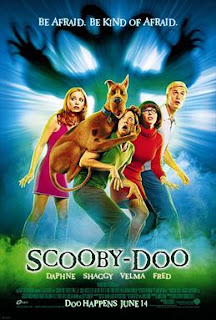 After solving the case of the Luna Ghost, Mystery Inc. argue over Fred taking credit for Velma's plan and Daphne always getting captured in every mystery, and the group breaks up, leaving Scooby-Doo and Shaggy, to take care of the Mystery Machine. Fred becomes a celebrity by writing his autobiography, Daphne a martial arts expert, and Velma a NASA employee, while Shaggy and Scooby remain beach bums. Two years later, the gang are reunited (against their wishes) as each is individually invited to Spooky Island, a "frightfully" popular theme park owned by Emile Mondavarious. Mondavarious tells the gang that students are mysteriously becoming mindless zombies and only utter pop phrases. 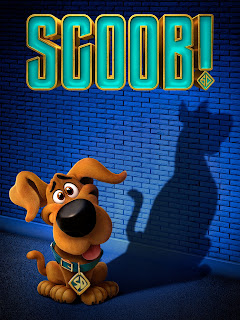 The story takes us back to where it all began when a young Scooby and Shaggy first meet and team up with Velma, Daphne, and Fred to launch Mystery Incorporated. But the breezy fun of the team’s beginnings gives way to overbearing, non-stop antics as they grow into young adults and tackle the film’s central mystery. “Scoob!” takes place in the present day, with all the technology and conveniences that affords. Mystery Inc. rally other heroes to prevent a dogpocalypse from being unleashed. Dick Dastardly wants to unlock the underworld and unleash the three-headed hound Cerberus upon the unsuspecting masses. What connection does Mystery Inc.'s mascot, Scooby-Doo have to the unfolding events?