Today’s spooky post is all about books that are coming out this month just in time for the spooky season. While doing research for this post my TBR has grown as I only have two books pre-ordered The Dead Romantics by Ashley Poston and Long Live the Pumpkin Queen by Shea Ernshaw. I can’t wait to read the other books mentioned. I am using cover images I have found through google I do not own any rights and am using the image purely for future review purposes (Fair use under the copyright act sections 29 and 30 under use for a review).

The Dead Romantics by Ashley Poston 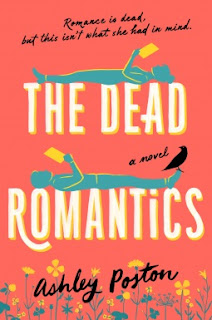 Synopsis: When her new editor, a too-handsome mountain of a man, won’t give her an extension on her book deadline, Florence prepares to kiss her career goodbye. But then she gets a phone call she never wanted to receive, and she must return home for the first time in a decade to help her family bury her beloved father. Romance is most certainly dead... but so is her new editor, and his unfinished business will have her second-guessing everything she’s ever known about love stories.

Such Sharp Teeth by Rachel Harrison 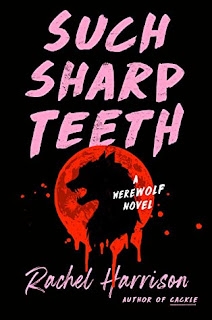 Synopsis: Rory Morris isn't thrilled to be moving back to her hometown, even if it is temporary. There are bad memories there. But her twin sister, Scarlett, is pregnant, estranged from the baby's father, and needs support, so Rory returns to the place she thought she'd put in her rear view. After a night out at a bar where she runs into an old almost-flame, she hits a large animal with her car. And when she gets out to investigate, she's attacked.

Curse of the Reaper by Brian McAuley 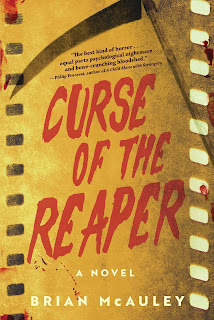 Synopsis: Decades after playing the titular killer in the 80s horror franchise Night of the Reaper, Howard Browning has been reduced to signing autographs for his dwindling fanbase at genre conventions. When the studio announces a series reboot, the aging thespian is crushed to learn he’s being replaced in the iconic role by heartthrob Trevor Mane, a former sitcom child-star who’s fresh out of rehab. Trevor is determined to stay sober and revamp his image while Howard refuses to let go of the character he created, setting the stage for a cross-generational clash over the soul of a monster. But as Howard fights to reclaim his legacy, the sinister alter ego consumes his unravelling mind, pushing him to the brink of violence. Long Live the 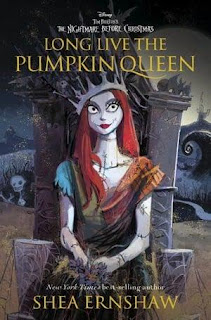 Synopsis: Sally Skellington is the official, newly minted Pumpkin Queen after a whirlwind courtship with her true love, Jack, who Sally adores with every inch of her fabric seams-- if only she could say the same for her new role as Queen of Halloween Town. Cast into the spotlight and tasked with all sorts of queenly duties, Sally can't help but wonder if all she's done is trade her captivity under Dr. Finkelstein for a different cage. But when Sally and Zero accidentally uncover a long-hidden doorway to an ancient realm called Dream Town, she'll unknowingly set into motion a chain of sinister events that put her future as Pumpkin Queen, and the future of Halloween Town itself, into jeopardy. 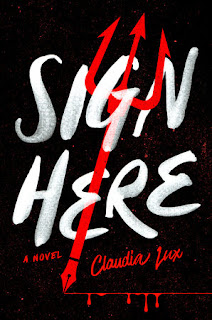 Synopsis: A darkly humorous, surprisingly poignant, and utterly gripping debut novel about a guy who works in Hell (literally) and is on the cusp of a big promotion if only he can get one more member of the wealthy Harrison family to sell their soul. When the Harrisons retreat to the family lake house for the summer, with their daughter Mickey’s precocious new friend, Ruth, in tow, the opportunity Pey has waited a millennium for might finally be in his grasp. And with the help of his charismatic co-worker Calamity, he sets a plan in motion. But things aren’t always as they seem, on Earth or in Hell. And as old secrets and new dangers scrape away at the Harrisons’ shiny surface, revealing the darkness beneath, everyone must face the consequences of their choices. What

Halloween reads are you looking forward to?