The Legend of Jack the Ripper

I wouldn’t say I am obsessed with Jack the Ripper, but I could possibly give a 20-minute presentation on the spot about some of the theories surrounding the “Legend”.  The Legend and theories of Jack the Ripper fascinates me more than the brutal senseless murder of these poor innocent women. This Halloween week I thought I would share with you some of my favourite theories that have followed the legend through to the modern day.

Jack the Ripper is H.H. Holmes

I have seen a couple of documentaries that have followed these theories and it could be plausible BUT one thing I can’t quite move past is the modus operandi and motives are completely different. Jack the Ripper modus operandi were deep slash wounds to the throat, followed by, the removal of internal organs, and progressive facial mutilations. Jack’s victims were poor women who were sex workers and was unnecessarily brutal there is no other real motive.  While H.H. Holmes modus operandi used his murder castle to lure. Holmes’s victims were usually employees, lovers, and hotel guests. H.H. Holmes was typically after money which meant he had to think out each murder.

Jack the Ripper is a Prince

I have looked into the theory that Jack is actually Prince Albert Victor previously and again I’m a little lost with the connections. So, you’re telling me that the son of Prince Albert Edward and Queen Victoria was a brutal killer. I am fairly confident that the crown had more than enough power back then make it go away and he could have killed servants or anyone at any of the palaces in England and it would have never seen the light of day. Yes, I can see why I scare people.

Detective Frederick Abberline, who was involved in the case at the time had a theory that the murderer could have been a female midwife. A couple of witnesses claimed to have spotted a woman wearing Mary’s shawl around hours after her supposed time of death. If we follow this theory the most likely suspect may possibly be Mary Pearcey, who was convicted and hanged in 1890 for the murder of her lover's wife and child and who had used a method like the Ripper's to commit the crime. The actual Ripper or a very good copycat.

I have just found this theory while researching and fact checking this post, apparently everyone knew this but me. Jack the Ripper was Lewis Carroll yes, the author of Alice’s Adventures in Wonderland.  Lewis is suspected by some historians, and even a few of his biographers, of being a sexual deviant and possibly a PDF’er. Secondly some experts claim to see veiled references to the future murders in his earlier poems. In 1996 Richard Wallace suggested a theory: that Carroll used anagrams and wordplay to sneak hidden messages into his correspondences and his published works. Wallace took passages by Carroll and re-jigged the letters to spell out phrases like “I got a tight hold of her and slit her throat”. However, Wallace could dish it out this type of shade and uses it as evidence. After Wallace published a brief explanation of his research in Harper’s magazine, two readers gave him a taste of his own evidence wrote in with a damning response: that turned Wallace’s own opening paragraph into something a lot more sinister.

What is your favourite Jack the Ripper theory? 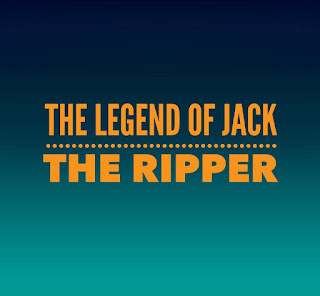