The Romanticisation of Serial Killers

This post is a post that I shelved when Extremely Wicked, Shockingly Evil and Vile came out in 2019. When I did a post talking about Bundy and his crimes for Halloween 2019, I brought up how I watched the film with my friend and bless her little innocent heart at the end she said he wasn’t as bad as she was led to believe. It has stuck with me ever since and I am having the same moment again with recent serial killers and with Dahmer, Monster: The Jeffrey Dahmer story series on Netflix.

Sadly, the romanticisation of serial killers isn’t a new thing even during Bundy’s trail women flocked to witness his trial, dressed up as his victims, who all fit a similar physical profile: long hair parted in the middle, wearing hoop earrings. We even saw it as recently as the Watts case how can any women find this man attractive let me remind you this bloke murdered his pregnant wife and his two children, but you know “apparently” he’s perfect boyfriend material. *Insert eyeroll and resting bitch face*

In recent years I have seen a worry trend on social media of women, romanticizing, or “fangirling” about these men who committed serious crimes. Including famous and notorious serial killers/criminals like Ted Bundy, Richard Ramirez, and the Menendez Brothers. I mentioned it in my post yesterday about fictional Dahmer I fully understand morbid curiosity but there is a clear distinction between romanticising and curiosity. I think at times people possible forget that some of these horrific murders happened in modern times and in some of these case the victims’ families are very much alive.

Extremely Wicked for example doesn’t provide any additional insights into Bundys crimes in fact it leaves a lot out, I understand it needs to pass censors but come on. It reenforces the narrative of how Bundy got away with a lot because he was handsome and charming. The women who loved him just couldn’t believe he would do the horrifying things he was accused of. Major Trigger waring! And the fact they missed out the slightly key fact that Bundy was a necrophiliac.

After a quick discussion with my friend, I filled her in on the details the film missed. I’m not too sure if she still had a high school musical crush or something else, I don’t know. I think whoever made the casting choice knew exactly what they were doing when they cast Zack Efron as Bundy it was a distasteful choice due to Zacks positive reputation, paired with his reputable innocence of being a Disney start who didn’t go off the rails and being a millennials sex symbol.

I don’t know if the same thing has happened with Dahmer, Monster: The Jeffrey Dahmer story as its Evan Peters. Evan doesn’t have the pressure of being a Disney star, but he has become the “loveable” bad boy in almost every season on American Horror Story. American Horror Story: 1984 romanticised another serial killer, Richard Ramirez. Zach Villa looks nothing like Ramirez in fact he isn’t a bad looking man at all. But the creators seemed to miss out Ramirez's lack of hygiene and drug use led to tooth decay and a loss of teeth and there are rumours and stories of how he just stank and looked up kept.

This trend is rather troubling as it isn’t just the serial killers being romanticised in TV and film but the real killers like the Menendez Brothers and Chris Watts. Where is the line drawn? 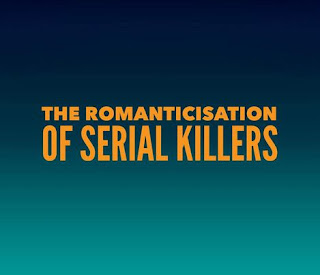