Today I am going to share some witchy books that are on my TBR pile. As a booklover I really need to start sorting my books into seasonal piles. I am using cover images I have found through google I do not own any rights and am using the image purely for future review purposes (Fair use under the copyright act sections 29 and 30 under use for a review).

Charming Your Dad by Sarah Blue

Every witch knows you shouldn’t use spells for revenge. Blair doesn’t care much for right and wrong, but she’s already on the council’s radar. What’s the best mortal way to get back at a cheating ex-boyfriend? Bewitching his dad, of course. Dax was supposed to be retribution, but he turns out to be so much more. She’s drawn to him in a way she has never felt for a man before, but it’s clear Dax is so much more than the average man. There’s a mystery to him, and she’s dead set on figuring him out. With multiple supernatural entities breathing down her neck and her need to avoid the council’s wrath, Blair’s desperate to get everything she wants. It might take more than she’s willing to give to untangle herself from the lies and chaos she’s created. 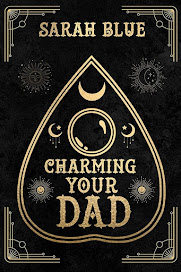 Over My Dead Body by Sweeney Boo

In the days leading up to Samhain, the veil between the world of the dead and the living is at its thinnest. One day, everything was exactly as it was supposed to be. And the next, the closest thing Abby ever had to a sister, Noreen, was just... gone. Distracted by the annual preparations for the Samhain festival, Abby's classmates are quick to put Noreen's disappearance aside. The Coven will find her, Abby's friends say. They have it under control. But Abby can't let it go. Soon a search for answers leads her down a rabbit hole that uncovers more secrets than Abby can handle. As mounting evidence steers her toward the off-limits woods that surround the academy, she begins to see that Noreen's disappearance mysteriously has a lot in common with another girl who went missing all those years ago. 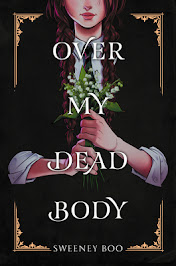 Seventeen-year-old Eleanor is the least likely person in Salem to believe in witchcraft—or think that her life could be transformed by mysterious forces. Ostracized by her classmates after losing her best friend and first love, Chloe, Eleanor has spent the past year in a haze, vowing to stay away from anything resembling romance. But when a handwritten guide to tarot arrives in the mail at the witchy souvenir store where Eleanor works, it seems to bring with it the message that magic is about to enter her life. Cynical Eleanor is quick to dismiss this promise, until real-life witch Pix shows up with an unusual invitation. Inspired by the magic and mystery of the tarot, Eleanor decides to open herself up to making friends with Pix and her coven of witches, and even to the possibility of a new romance. 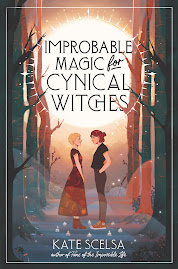 Spells for Forgetting by Adrienne Young

Emery Blackwood’s life changed forever the night her best friend was found dead and the love of her life, August Salt, was accused of murdering her. Years later, she is doing what her teenage self swore she never would: living a quiet existence on the misty, remote shores of Saoirse Island and running the family’s business, Blackwood’s Tea Shoppe Herbal Tonics & Tea Leaf Readings. 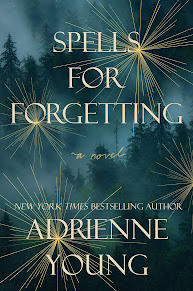 After his parents announce that his bizarre, emerging abilities are getting in the way of their divorce, Felix Silver relocates to Dorset Harbor and becomes the charge of his Grandma Aggie. As Felix adjusts to life in a new school, Aggie decides that it's time he learn The Silver Way, and teaches him all she knows about sorcery and magical arts. When Felix and his new friends decide to solve the mystery of local teenagers who have gone missing, Felix learns that his crush, Aero, has a big secret. Is dark magic creeping into the town, and can Felix learn enough from Aggie and the witches of Dorset Harbor to combat it? 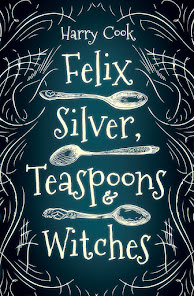