I have gone for a look through Goodreads YA collection for 2023 and I cant wait to get my hands on some of the exciting books that are coming out. . I am using poster images I have found through google I do not own any rights and am using the image purely for review purposes (Fair use under the copyright act sections 29 and 30 under use for a review).

A Ruinous Fate by Kaylie Smith 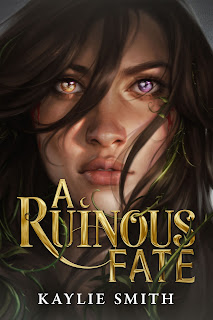 Calliope Rosewood is a witch with a long streak of bad luck. Like all witches in Illustros, her fate is directly tied to Witch’s Dice powerful artifacts that have blessed her kind with limitless magic but also set them on a path toward destruction. Cursed with unspeakable powers that terrify even the most dangerous witches and fae, Calla deserted her coven four years ago and has been in hiding with her two best friends since. But Calla is also hiding a grave secret: She is only three Rolls away from becoming the last Blood Warrior and starting the Final War that will decimate her people and eradicate their magic. 432 pages - Expected publication January 3, 2023 by Disney Hyperion

The Witch and the Vampire by Francesca Flores 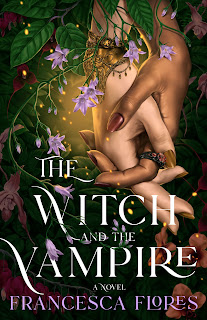 The Witch and the Vampire is a queer Rapunzel retelling where a witch and a vampire who trust only themselves must journey together through a cursed forest with danger at every turn. Ava and Kaye used to be best friends. Until one night two years ago, vampires broke through the magical barrier protecting their town, and in the ensuing attack, Kaye’s mother was killed, and Ava was turned into a vampire. Since then, Ava has been trapped in her house. Her mother Eugenia needs her: Ava still has her witch powers, and Eugenia must take them to hide that she's a vampire as well. Desperate to escape her confinement and stop her mother's plans to destroy the town, Ava must break out, flee to the forest, and seek help from the vampires who live there. When there is another attack, she sees her opportunity and escapes. 368 pages - Expected publication March 21, 2023 by Wednesday Books

My Dear Henry by Kalynn Bayron 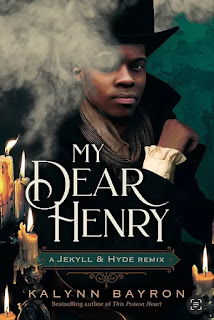 In this gothic YA remix of Dr. Jekyll & Mr. Hyde, a teen boy tries to discover the reason behind his best friend's disappearance and the arrival of a mysterious and magnetic stranger in misty Victorian London. London, 1885. Gabriel Utterson, a 17-year-old law clerk, has returned to London for the first time since his life— and that of his dearest friend, Henry Jekyll was derailed by a scandal that led to his and Henry's expuslion from the London Medical School. Whispers about the true nature of Gabriel and Henry's relationship have followed the boys for two years, and now Gabriel has a chance to start again. But Gabriel doesn't want to move on, not without Henry. His friend has become distant and cold since the disastrous events of the prior spring, and now his letters have stopped altogether. Desperate to discover what's become of him, Gabriel takes to watching the Jekyll house. 272 pages - Expected publication March 7, 2023 by Feiwel Friends

Teach the Torches to Burn by Caleb Roehrig 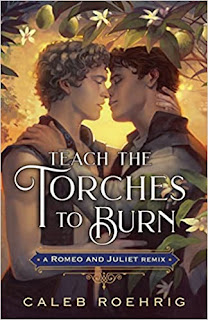 In Teach the Torches to Burn, a breathlessly romantic remix of Shakespeare's Romeo & Juliet and seventh book in the Remixed Classics series, a queer teen boy discovers first love amid a bloody, centuries-old feud. Verona, Italy. Seventeen-year-old aspiring artist Romeo dreams of a quiet life with someone who loves him just as he is. But as the heir to the Montague family, he is expected to give up his womanly artistic pursuits and uphold the family honour particularly in their centuries-old blood feud with a rival family, the Capulets. Worse still, he is also expected to marry a well-bred girl approved by his parents and produce heirs. But the more Romeo is forced to mingle with eligible maidens, the harder it is to keep his deepest secret: He only feels attracted to other boys. 384 pages - Expected publication August 22, 2023 by Feiwel Friends

Every Time You Go Away by Abigail Johnson 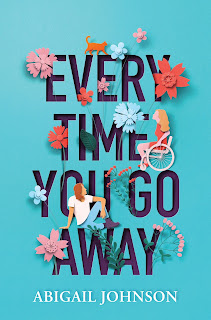 Since the moment Ethan first arrived at his grandparents’ house, Rebecca and Ethan have been drawn to each other. But even as children, they knew their time together was limited. Time and time again, Ethan’s mom would sober up and take him away—only to bring him back when she relapsed. Three years have passed since Ethan last lived with his grandparents, and Ethan and Rebecca are no longer the same people they once were. Ethan embraced his role as his mother’s caretaker long ago and blames his grandparents for tearing him away from her. Meanwhile, Rebecca is racked with survivor’s guilt after a car accident killed her father. She’s been learning to navigate life as a wheelchair user ever since. 368 pages - Expected publication March 7, 2023 by Inkyard Press