I have gone for a look through Goodreads collection for 2023 and I can’t wait to get my hands on some of the exciting books that are coming out. I am using poster images I have found through google I do not own any rights and am using the image purely for review purposes (Fair use under the copyright act sections 29 and 30 under use for a review).

The Last Tale of the Flower Bride by Roshani Chokshi 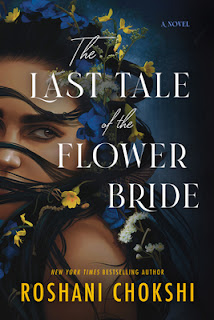 A sumptuous, gothic-infused story about a marriage that is unravelled by dark secrets, a friendship cursed to end in tragedy, and the danger of believing in fairy tales the breath-taking adult debut from Roshani Chokshi. Once upon a time, a man who believed in fairy tales married a beautiful, mysterious woman named Indigo Maxwell-Casteñada. He was a scholar of myths. She was heiress to a fortune. They exchanged gifts and stories and believed they would live happily ever after--and in exchange for her love, Indigo extracted a promise: that her bridegroom would never pry into her past. 304 pages - Expected publication February 14, 2023, by William Morrow & Company

Court of the Undying Seasons by A.M. Strickland 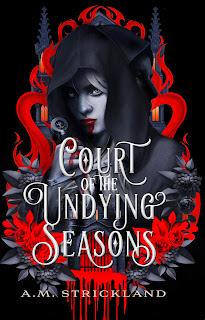 When nineteen-year-old Fin volunteers to take her secret love's place in their village's Finding, she is terrified. Those who are chosen at the Finding are whisked away to Castle Courtsheart, a vampire school where human students either succeed and become vampires, fail and spend the rest of their lives as human thralls...or they don't survive long enough to become either. 400 pages - Expected publication May 16, 2023, by Feiwel & Friends

A House with Good Bones by T. Kingfisher 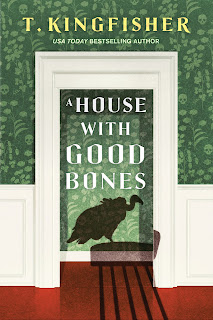 Her brother's words echo in Sam Montgomery's ear as she turns onto the quiet North Carolina Street where their mother lives alone. She brushes the thought away as she climbs the front steps. Sam's excited for this rare extended visit and looking forward to nights with just the two of them, drinking boxed wine, watching murder mystery shows, and guessing who the killer is long before the characters figure it out. 256 pages - Expected publication March 28, 2023, by Tor Nightfire

The Sun and the Void by Gabriela Romero-Lacruz 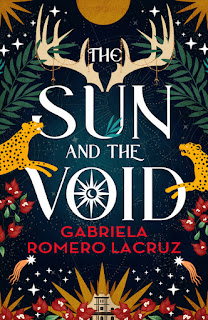 Set in a lush world inspired by the history and folklore of South America, discover this sweeping epic fantasy of colonialism and country, ancient magic, and a young woman's quest for belonging. When Reina arrives at Aguila Manor, her heart stolen from her chest, she’s on the verge of death until her estranged grandmother, a dark sorceress in the Don’s employ, intervenes. Indebted to a woman she never knew and smitten with the upper-caste daughter of the house, Celeste, Reina will do anything to earn–and keep–the family’s favour. Even the bidding of the ancient god who speaks to her from the Manor’s foundations. To save the woman she loves, Reina will have to defy the gods themselves, and become something she never could have imagined. 432 pages - Expected publication July 25, 2023, by Orbit.

Where Echoes Die by Courtney Gould 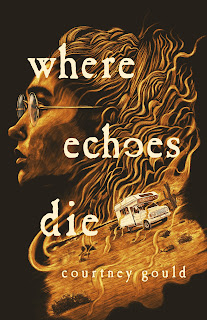 Beck Birsching has been adrift since the death of her mother, a brilliant but troubled investigative reporter. She finds herself unable to stop herself from slipping into memories of happier days, clamoring for a time when things were normal. So, when a mysterious letter in her mother’s handwriting arrives in the mail with the words Come and find me, pointing to a town called Backravel, Beck hopes that it may hold the answers. 352 pages - Expected publication June 20, 2023 by Wednesday Books.