Christmas Books I Found on Kindle

Here I am writing this post mid-November, I have become unusually festive early. Slightly concerning dear Readers as I am a well-known Grinch and don’t usually get festive till the last minute. Today I thought I would share some cute Christmas books I have found on kindle.

The Christmas Bookshop by Jenny Colgan 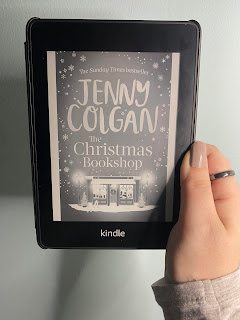 When the department store, she works in closes for good, Carmen has perilously little cash and few options. She doesn’t want to move in with her perfect sister Sofia, in Sofia’s perfect house with her perfect children and her perfectly ordered Edinburgh life. Frankly, Sofia doesn’t exactly want Carmen there either. Her sister has always been sarcastic and difficult. But Sofia has yet another baby on the way, a mother desperate to see her daughters get along, and a client who needs a retail assistant for his ailing bookshop, so welcoming Carmen might still have some benefits for everyone. At Sofia’s behest, Carmen is thrown into the daily workings of old Mr. McCredie’s ancient bookshop on the streets of the old dark city. Can she use her design skills to revamp the store and bring it back to popularity in time to benefit from Christmas shopping traffic? Can she choose between bad boy literary rock star Blair and quiet Quaker student Oke? And will she heal the rift with the most important people of all: her family?

One More Christmas at the Castle by Trisha Ashley 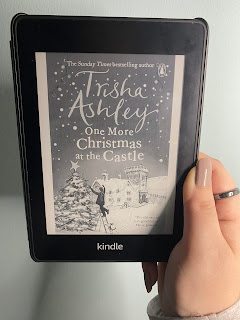 Elderly widow Sabine knows this will be her last Christmas in her beloved home, Mitras Castle. Determined to make it just like the ones she remembers from her childhood, she employs Dido Jones of Heavenly House parties to help with the big day. Dido is enchanted by the castle as soon as she steps through the imposing front door. And as Christmas day approaches, her feeling of connection to the old house runs deeper than she first thought. But when the snow begins to fall, and Sabine's family arrive at the house - including Dido's teenage crush Xan - tensions rise around the castle's future and long-buried mysteries begin to unravel.

A Bookshop Christmas by Rachel Burton 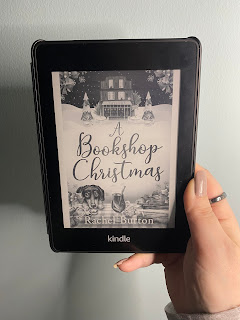 A snowstorm. A stranger. A spark. And it's Christmas! It should be the perfect start to the perfect love story. But real life is far messier and more complicated than in the pages of the books in Megan Taylor's family bookshop – the last few years have left this young widow in no doubt of that. Moving back home to York should have been a fresh start, but all it did was allow her to retreat from the world. When prize-winning author Xander Stone rams his supermarket trolley into her ankles and then trashes her taste in books, Megan is abruptly awoken from her self-imposed hibernation. It's time to start living again, and she's going to start by putting this arrogant, stranger in his place. Just as she is beginning to enjoy life again, the worst happens, and Megan begins to wonder if she should have stayed hidden away. Because it turns out that falling in love again is about more than just meeting under the mistletoe.

You Make It Feel Like Christmas by Louise Marley 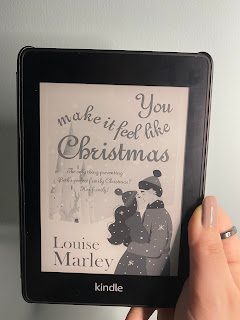 Television presenter Agatha Holly has built her career on telling viewers how to have the perfect Christmas. 'A Holly Jolly Christmas' has been screened every December for twenty years and her entire family are involved, including her daughter Beth—the unwilling star of a thousand memes and gifs. But Beth has finally had enough of public ridicule. All she’s ever wanted is a traditional family Christmas away from the television cameras. If she can’t persuade her family to change, should she consider celebrating Christmas without them?

Christmas in the Scottish Highlands by Donna Ashcroft 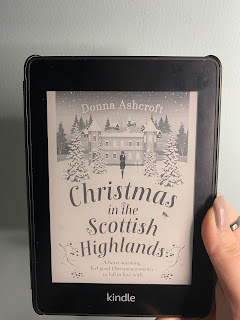 Thirty-year-old Belle Albany is feeling lonely this Christmas. Another whole year has passed, and her life is… the same as it was last December. She longs for true love and a little bit of winter magic – but she’s almost given up on finding it in the sleepy Scottish community where she lives. When Belle crashes into elderly Edina on her cherry red bicycle, it’s not the meet-cute she’d been hoping for. But she immediately recognises the lost look in Edina’s watery-blue eyes and resolves to organise a Christmas to remember for them both – brimming with mince pies, mulled wine, and lots of sparkle. Although Belle hadn’t counted on Edina’s home being a crumbling Scottish castle and she certainly hadn’t been expecting Edina’s handsome long-lost grandson Jack Hamilton-Kirk to turn up on the doorstep in the middle of a snowstorm. Jack is arrogant, rude, and bossy and Belle is convinced he’s about to ruin the seasonal cheer she has worked hard to create. He’s basically the Grinch in human form, so why does her heart race every time they’re in the same room? They disagree on almost everything, from menu choices to music, and yet she starts to glimpse a softer side hidden behind Jack’s clipped words and brooding countenance.