Horror Books Coming Out in 2023

I have gone for a look through Goodreads horror collection for books coming out 2023 and I can’t wait to get my hands on some of the exciting books that are coming out. I am using poster images I have found through google I do not own any rights and am using the image purely for review purposes (Fair use under the copyright act sections 29 and 30 under use for a review).

How to Sell a Haunted House by Grady Hendrix 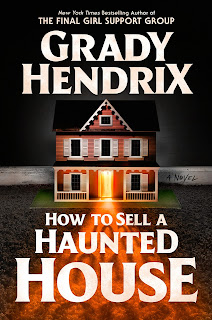 When their parents die at the tail end of the coronavirus pandemic, Louise and Mark Joyner are devastated but nothing can prepare them for how bad things are about to get. The two siblings are almost totally estranged, and couldn’t be more different. Now, however, they don’t have a choice but to get along. The virus has passed, and both of them are facing bank accounts ravaged by the economic meltdown. Their one asset? Their childhood home. They need to get it on the market as soon as possible because they need the money. Yet before her parents died they taped newspaper over the mirrors and nailed shut the attic door. 400 pages - Expected publication January 14, 2023 by Berkley 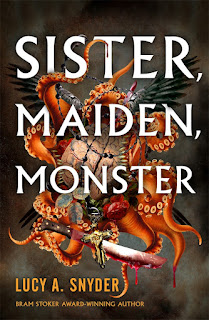 A virus tears across the globe, transforming its victims in nightmarish ways. As the world collapses, dark forces pull a small group of women together. Erin, once quiet and closeted, acquires an appetite for a woman and her brain. Why does forbidden fruit taste so good? Savannah, a professional BDSM switch, discovers a new turn-on: committing brutal murders for her eldritch masters. Mareva, plagued with chronic tumours, is too horrified to acknowledge her divine role in the coming apocalypse, and as her growths multiply, so too does her desperation. Inspired by her Bram Stoker Award-winning story “Magdala Amygdala,” Lucy A. Snyder delivers a cosmic tale about the planet’s disastrous transformation and what we become after. 272 pages - Expected publication February 21, 2023 by Tor Nightfire 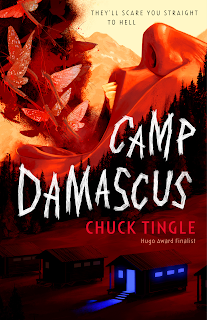 From beloved internet icon Chuck Tingle, Camp Damascus is a searing and earnest horror debut about the demons the queer community faces in America, the price of keeping secrets, and finding the courage to burn it all down. Welcome to Neverton, Montana: home to a God-fearing community with a heart of gold. Nestled high up in the mountains is Camp Damascus, the self-proclaimed “most effective” gay conversion camp in the country. Here, a life free from sin awaits. But the secret behind that success is anything but holy. 256 pages - Expected publication July 18, 2023 by Tor Nightfire 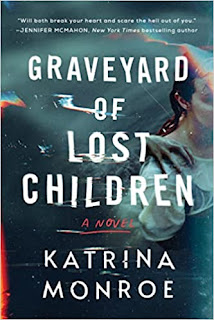 At four months old, Olivia Dahl was almost murdered. Driven by haunting visions, her mother became obsessed with the idea that Olivia was a changeling, and that the only way to get her real baby back was to make a trade with the "dead women" living at the bottom of the well. Now Olivia is ready to give birth to a daughter of her own...and for the first time, she hears the women whispering. 384 pages - Expected publication May 9, 2023 by Poisoned Pen Press

Such Pretty Flowers by K.L. Cerra 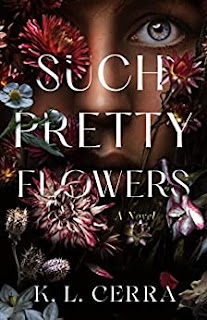 A woman investigating her brother's apparent suicide finds herself falling for her prime suspect—his darkly mysterious girlfriend—in this edgy Southern gothic thriller. “Get it out of me.” It was the last message Holly received from her brother, Dane, before he was found cleaved open in his fiancée’s lavish Savannah townhouse. Police ruled his death a suicide sparked by psychosis, but Holly can’t shake the idea that something else must have happened... Something involving another message he sent that night, the one that mentioned a “game” his fiancée, Maura, wanted to play. 336 pages - Expected publication February 7, 2023 by Bantam Press