Lets talk about…. Harry and Meghan

I have written and rewritten this post around four times this post started off its life as a post pointing out the hypocrisy in the media. The post looked into how less than a year after the death of poor Caroline Flack the media who hounded her and assisted in the decline of her mental health did a complete flip and reshare the “Be kind” post she shared. Also pointed out how important it is to be kind and look after your metal health.

The same week this happened while sharing the be kind message and mental health help the media was attacking Harry after an interview with James Corden.  Harry brought up how detrimental the media was to his mental health they have done nothing but slam him. It’s also the same big media outlets that post and shove anti-bullying messages down our throats the two-facedness of it all is enough to give anyone whiplash. It’s hard to keep up.

One thing I will say before we jump in is that there are three sides to every story both parties and the truth which is usually a mix of both sides. I think until the Oprah interview and the Netflix series were released in my opinion we only had one side. Do I think everything its 100% true no I don't as humans we have a way of portraying ourselves in a better light. I cant remember where I saw this quote but "You are the villain in someone story" as hard as that is to believe.

You might not like Harry but you can't really blame him for finally wanting to tell his story and his truth, it is very clear that is all he has ever wanted. I’m not even going to get into the contradicting headlines that came out when Meghan was pregnant compared to when Kate was pregnant. One thing I will say though is if you think Meghan is the only reason Harry doesn’t like the press you really have your blinkers on.

I’m not saying Harry is completely innocent as he had very public rebellion when he wore the nazi uniform and was seen falling out of clubs around the world. He also stated at a young age how much he disliked the press and his inability to control his own narrative. Are we also forgetting the media leaked Harry’s location while he was on active duty in Afghanistan not once but twice. Not only risking Harry’s life but the other people on that base.

Another thing I have seen on social media is people saying that Harry “owes” them? Can someone please elaborate? What does he owe us? You have no right over someone’s life. As I’ve already mentioned Harry has always hated his relationship with the media. How can you look that man in the face when he goes on about the press photographing his dying Mother instead of helping her and not feel an ounce of compassion and how he was worried for Meghan.

“Harry has destroyed the royal family” No…. quick trip down memory lane. Charles told Camilla that he wanted to "live inside" her trousers and then joked that he could be reincarnated as a Tampax tampon, let’s not forget the GF bracelet and the fact Camilla wore white to the wedding.  Andrew... The Diana Interview and then The Charles Interview.

Its interesting how in December when JC made that disgusting comment in the *** newspaper. They were happy to publish it till over 6,000 people complained. How in the hell that article passed an editor and multiple people in order to get to print I have no idea. What I find odd is how two people who opened criticise Meghan still get invited to the palace… if this is what they are doing in public what do you think is going on behind closed doors?

Its funny how at the time of writing this that some media outlets around the world are bringing up the fact that the “Gag” clause on Virginia Giuffre will reportedly be lifted in February, meaning she will be free to talk publicly once more. While the UK media is “bitching” about Harrys book.

Even now four days before the book is published the media are leaking parts. The leaked extracts and drama surrounding the leaks are seemingly being used to cover up the governments talk about the rules and regulations changing around the rights we have to strike in the UK. Hardly any media outlet here have mentioned the possible changes and instead they're foam at the mouth about an autobiography. 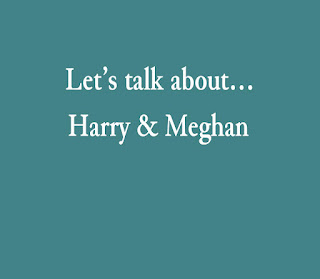