Hello Readers,
Today we are counting down five books I’ve picked to share for pride month. I was having a hard time trying to pick only five so I opened up the question to friends and to books that they would recommend. The books aren’t in a rated order they are alphabetical order (Authors last names). Let me know if I missed one you would recommend?

Simon vs the Homosapiens Agenda by Becky Albertalli 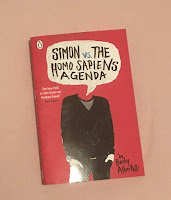 Meet Simon: cynical, funny, insecure, full of obsessions, hopes and dreams like every other 17 year old. But Simon also has a big, glowing secret, and that secret is going to get out if class clown Martin doesn’t get what he wants.
Simon vs. the Homo Sapiens Agenda is the YA phenomenon that swept North America and is now making waves here. Big-hearted and brimming with authenticity, Becky Albertalli’s debut takes on one boy’s hesitant path toward coming out as gay and creates a story filled with humour and very real drama. From the wild eccentricities of his family to the growing feelings between Simon and the mysterious, online figure of Blue, you’ll find yourself rooting for one of the great new heroes of contemporary YA fiction.

I wish you all the best by Mason Deaver 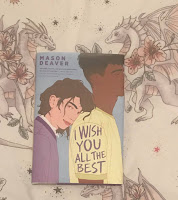 When Ben De Backer comes out to their parents as nonbinary, they're thrown out of their house and forced to move in with their estranged older sister, Hannah, and her husband, Thomas, whom Ben has never even met. Struggling with an anxiety disorder compounded by their parents' rejection, they come out only to Hannah, Thomas, and their therapist and try to keep a low profile in a new school.

But Ben's attempts to survive the last half of senior year unnoticed are thwarted when Nathan Allan, a funny and charismatic student, decides to take Ben under his wing. As Ben and Nathan's friendship grows, their feelings for each other begin to change, and what started as a disastrous turn of events looks like it might just be a chance to start a happier new life.At turns heartbreaking and joyous, I Wish You All the Best is both a celebration of life, friendship, and love, and a shining example of hope in the face of adversity.

Frank, friendly and funny, the Trans Teen Survival Guide will leave transgender and non-binary teens informed, empowered and armed with all the tips, confidence and practical advice they need to navigate life as a trans teen.
Wondering how to come out to your family and friends, what it's like to go through cross hormonal therapy or how to put on a packer? Trans youth activists Fox and Owl have stepped in to answer everything that trans teens and their families need to know.
With a focus on self-care, expression and being proud of your unique identity, the guide is packed full of invaluable advice from people who understand the realities and complexities of growing up trans. Having been there, done that, Fox and Owl are able to honestly chart the course of life as a trans teen, from potentially life-saving advice on dealing with dysphoria or depression, to hilarious real-life awkward trans stories.
Review Here

None of the above by I.W. Gregorio 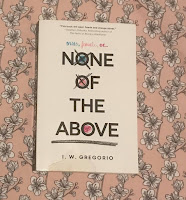 A ground-breaking story about a teenage girl who discovers she was born intersex... and what happens when her secret is revealed to the entire school. Incredibly compelling and sensitively told, None of the Above is a thought-provoking novel that explores what it means to be a boy, a girl, or something in between.

What if everything you knew about yourself changed in an instant?
When Kristin Lattimer is voted homecoming queen, it seems like another piece of her ideal life has fallen into place. She's a champion hurdler with a full scholarship to college and she's madly in love with her boyfriend. In fact, she's decided that she's ready to take things to the next level with him.

But Kristin's first time isn't the perfect moment she's planned—something is very wrong. A visit to the doctor reveals the truth: Kristin is intersex, which means that though she outwardly looks like a girl, she has male chromosomes, not to mention boy "parts."Dealing with her body is difficult enough, but when her diagnosis is leaked to the whole school, Kristin's entire identity is thrown into question. As her world unravels, can she come to terms with her new self?