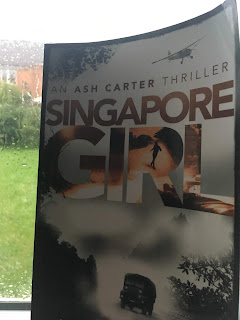 I didn't realise in advance that this is part of a series (ooops) but I didn’t think it made that much difference within the narrative of this book. This is the second book that focuses on Ash Carter, it was easy to read as a stand-alone story, I did find myself wondering whether I was missing something vital about Ash though but that might just be me being nosey, so I am currently waiting for the first book (Singapore 52) to arrive by post. Then I’ll probably read them back to back and this little issue I have will possibly disappear.

The book takes places in Singapore during 1952 (British colonial times during the Malayan emergency). The story focuses on Ash Carter an ex-military policeman who is now working for the government secretary responsible for internal security. When a body is discovered on a causeway between Singapore and Malaya, he is assigned to investigate the death: does it represent another drug-war punishment or is something more sinister going on?

I love that it was clear that Bailey has done a lot of research into the time period and geographical social norms and locations have been used brilliantly. I found the descriptions of this restless period in history created a vivid yet distinctive picture of the struggles which were being faced by the distinctive social groups involved. The geographical norms I am referring too are the conflicting interests of the wealthy and powerful, the colonial forces, the military, as well as those intent on pursuing a range of criminal activities, are well represented and fit into the story wonderfully.

Without giving to much away it is clear that nothing during this investigation, is going to be straightforward. There are links within organised crime and the military and powerful people intent on shutting down the investigation. 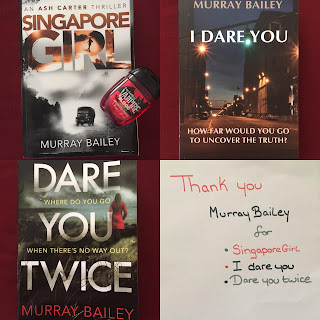