My Favourite Hades and Persephone Retellings

I have a slight confession apparently; I am a Hades groupie. At the beginning of the year I reread the Hades & Persephone Series By: Scarlett St. Clair then read “some” smut I found on Kindle Unlimited and I was like okay we need to move past Hades this is a slight obsession. Then in came Melinda Salisbury with Her Dark Wings and I found myself back under the thralls of the King of the Underworld.

Today I thought I would share with you some of my favourites I have come across and this list will include smutty books, but I will mark them as so in case that’s not something you wouldn’t like to read. In this post I won’t be discussing the smut aspect but the retelling itself.

Her Dark Wings by Melinda Salisbury 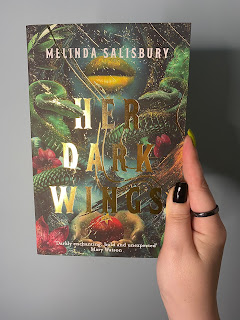 I honestly cannot stop gushing about this book. This book is set in a modern world where worship of the Greek Gods is the dominant faith. If you love a Greek myth retelling, this book must be on your radar. It’s smart and thoughtful and goes places unexplored by other Hades and Persephone retelling. This book shows that light cannot exist without shadows, and it is beautiful. It also shows the real human element that acceptance doesn’t always mean forgiveness. Also, side note the Furies were just terrifying, but Melinda somehow humanised them.

In the Shadow of Demeter by Vic Malachai 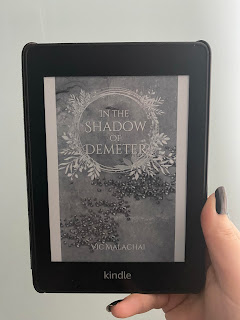 I really enjoyed this book because it combined the feel of Greek myths with an understanding of political intrigue and character emotions. This book when stripped down to its barebones is a story about never fitting in and the desire of wanting to belong and finding your place. I loved the great depiction of the Underworld in this book which is surprising and refreshing how many underworlds I have visited. is not at all as one would expect. Vic did a fantastic job of communicating the story in a way that anyone could follow, allowing anyone to be fully immersed in the world whether this is your first visiting the legend or you’re a season pass holder. I would definitely read more of this author.

Thief of Spring by Katherine Macdonald 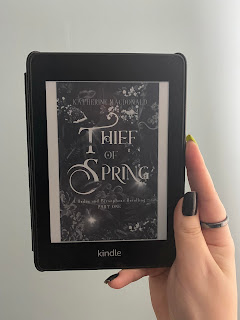 This book is hard to explain so its action-packed but also a brilliant slow-burning romance, if you follow me dear reader. Its unapologetically here and I loved it. Katherine intertwined this huge story seamlessly around the tale of Hades and Persephone, and it blew me away. If like me, you are slightly obsessed with Hades and Persephone retellings this book must be on your TBR list. This book is filled with an amazing cast of characters and features fae which was a nice touch. For once I am not just team Hades, but I am now slightly attached to Persephone, and they are also great together. Just me third wheeling in The Underworld #lifegoals. We all know I have a soft spot, but this Hades is everything I love that he is sweet, funny, thoughtful and a touch snarky.

I have a full review of A Touch of Darkness here. I started reading this book Hades appeared, one thing led to another and boom, book one finished. I was hooked from the first page and found the development of the story and its characters fast paced and detailed. This book when stripped down to its barebones is a wonderful “coming of age” re-telling of the myth of Hades and Persephone in a modern setting. Scarlett has woven her magic and twisted the myth to fit perfectly within our modern world. I absolutely adore the world-building and the mixture of the modern and ancient worlds have been blended seamlessly. The beautiful descriptions of the scenery will make you want to move to the underworld or New Athens. 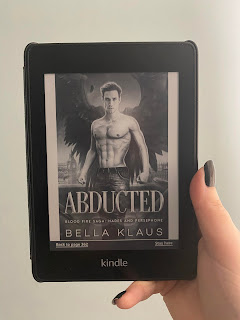 Bella has put her own stamp on this Hades and Persephone retelling. The story has all the old pantheons exiled to earth after the newcomer God threw them all out of their realms. Only a few Gods, like Hades, managed to retain their realms. There is more political unrest than I thought possible in The Underworld, and you can’t help but sit on the edge of your seat the whole time. The deception in this book its own character. The lies are what really got me in this story imagine having your whole life being a lie and having to deal with that. When the truth starts coming out there is no stopping it whatsoever. I loved seeing another side to Hades. Hades in this retelling has developed more of a softer side.