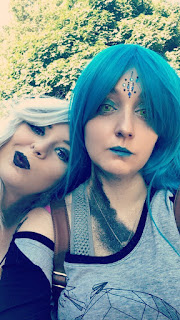 My cousin recently launched a new paranormal and true crime blog and today I thought I would leave her in charge of Readers Enjoy Authors’ Dreams. So today we are jumping from books to the paranormal.  We’ll have a quick question then well have a snippet of a ghost story. 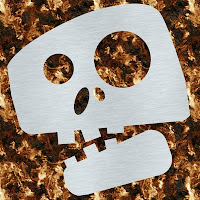 Q: Why did you start your blog?
A: I have always been fascinated by both the paranormal and true crime I thought I would share my interest with others. This is my second blog and I found that I ran out of inspiration after a while whereas with such a wide subject matter I will always be researching which is the part I love.

Today we're going to look at the story of Greyfriars Bobby. Animal lovers get ready to have your hearts melted and the sudden urge to hug your pet.

A local man named John Gray, better known as “Auld Jock”, worked as a night watchman for the Edinburgh City Police. John however never patrolled alone – he had his loyal Skye Terrier Bobby.
In February 1858, John, unfortunately, died of tuberculosis. Upon his death, he was buried in Greyfriars Churchyard. Bobby led his master’s funeral procession to his final resting place at Greyfriars Cemetery. Even after the service, Bobby refused to leave John’s side. No dogs were allowed in the cemetery and every day the caretaker would send Bobby away. But the little dog always returned, no matter what Mother Nature threw his way.

Despite the combined efforts of the caretaker, John’s family and the local people Bobby refused to leave his owner’s side for any length of time. It’s been documented that the only time Bobby would leave would be at 1 pm when the firing of the one o’clock gun would sound. At this time, Bobby would leave his post and go to the eating house for food and then immediately run back to John’s grave. Ultimately, he touched the hearts of the local residents. As I said earlier no dogs were allowed in the cemetery but Bobby became the only exception to this rule. The townspeople rallied around and built a small shelter next to the grave. And Bobby stayed, remaining ever faithful to John even until Bobby died in January 1872, at 16 years old.

Bobby had the great honour of being buried in Greyfriars Kirkyard just 75 yards away from his master’s grave. He had his very own tombstone erected and unveiled but H.R.H the Duke of Gloucester CCVO (Prince Henry) in 1981.

If that doesn’t hit you in the feels, I don’t know what will. Personally, it solidifies the realness of the bond between man and dog.