Today I am away at coffee shop event in Lincoln keep your eyes on my Instagram and Twitter for updates throughout the day. 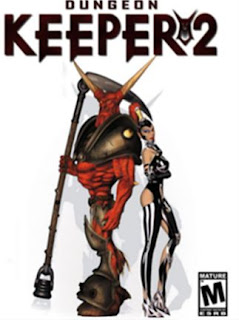 Today on the blog we are going to look at the second Dungeon Keeper game. I do not own any rights to the images used they are from google images. I have already reviewed the first Dungeon Keeper.

So much of the game was improved for the second instalment and you didn’t have to build rooms a tile at a time. However, the main game-play is pretty much the same a real-time strategy game that turns the entire fantasy genre on its head. Dungeon Keeper Two keeps the same is tongue-in-cheek and cartoony, but engrossing, ideology from the first. In most games you are the hero, exploring the dungeon, slaying evil creatures and collecting treasure. In this tale however you must construct a dungeon, with different special rooms in order to attract different monsters. Once you've got a well-trained fighting force, your goal is to try and eliminate the goodie-two-shoes heroes who are wandering around. You are given minimal information about the world other than you're evil, you have a dungeon, you want to take over the world, and Heroes will try to enter your dungeon to kill your lovely, creatures and steal your gold.

Although Dungeon Keeper 2 shares the original's half-silly, half-scary visual design, the graphics have undergone an incredible refinement since the first game, lending Dungeon Keeper 2 had some of the best graphics you had ever seen at the time. There are only a few extra rooms you'd have hoped for much more from a sequel but we’ll take what we can get. The casino is neat, if only because a jackpot-winning minion starts dancing and singing when he wins (Disco Inferno!). Rooms have better graphics, though. The hen-houses in the hatchery, the on-wall bookshelves and torture racks, everything shows a subtle touch. 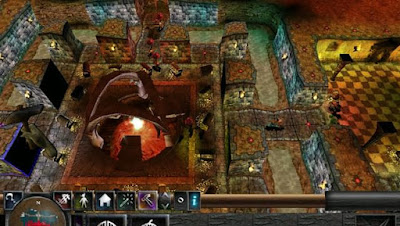 Another great feature that has greatly improved from Dungeon Keeper one is the ability to possess one of your minions and see your dungeon through their eyes. While in possession of a creature, you can gather a small army that will follow you as you lead them in an attack. You can also use special abilities, such as the Warlock’s healing power or even the Bile Demon’s projectile farting.

I do have one issue with Dungeon Keeper two and that’s you can’t stay hauled up in your base, the enemy can break through your walls even when you fortify them. Bullfrog I’m still mad! I loved being able to trap the heroes into their little section of the map and taking my time.

The game has enough sound effects to convince you that it takes place in an underground dungeon. However, the best sounds are the voice acting the narrator is both sinister and hilarious, and the enemy heroes are over-the-top in their arrogant, dismissive attitudes toward evil. 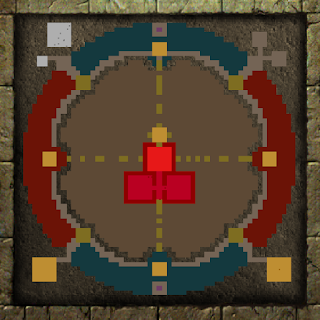 In my opinion, both Dungeon Keepers are the best strategy games of the time. Nonstop action, lots of replay value, skirmish, and multiplayer rounds out this package that should be a part of your collection. I would to say thank you again to Gog gaming for selling both Dungeon Keeper and Dungeon Keeper Two as it allowed me to relive my childhood.