Let’s Talk About… The Heartbeat Bill


Hello Readers,
I think it’s pretty self-explanatory but I’ll put a trigger warning here for abortion and a mention of rape. 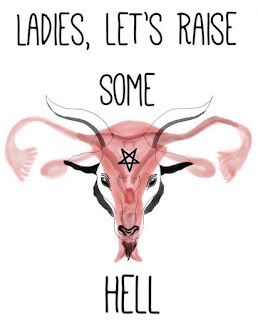 I’ve tried keeping my mouth shut and I can’t anymore! This post isn’t about whether abortion is right or wrong it is about the right to choose. This new Law isn’t only affecting people who identify as female but is also affecting the transgender and non-binary community that seem to have been forgotten in the commotion. What is happening in America right now is beyond scary If you don’t believe me read The Handmaids Tale.

Alabama joins other states, like Georgia, Mississippi, and Ohio, who have enacted legislation this year to severely restrict abortion rights.

At no point is a 6-week-old fetus life more important than that of the mothers, the life of American school children being killed in school shootings or the lives of children in foster care. Sort out your priorities! You are giving more rights to blob than a school child! Anyone else see the problem here. When a little girl is born all these rights you fought for given to her in the womb instantly disappear, the moment she is born her right to choose is gone. Once again, this isn’t about whether abortion is right or wrong it is about the right to choose. Nearly one in four women in the US will have had an abortion by age 45, according to sexual and reproductive health research group Guttmacher Institute.

The heartbeat law establishes fetuses as full people meaning women could be held criminally responsible for seeking an abortion or even for having a miscarriage. The bill includes a penalty for those who perform abortions of up to 10 years in prison. The bill doesn’t explicitly exempt women who perform their own abortions with drugs, leading to speculation about whether they would also be subject to criminal charges or even face murder charges. Once again for the people at the back, this isn’t about whether abortion is right or wrong it is about the right to choose.

The bill makes no exceptions for victims of rape or incest, despite attempts to reintroduce such exceptions as an amendment. Making a woman live with the consequence of being raped is beyond inhumane and a risk to her mentality let alone the fact that even in the case of incest it’s still illegal. This means that coat hanger and backstreet abortions will be back and women will die, there is no need for it. This doesn’t even include people who will be forced to buy abortion pills online.

When undertaken by a trained health-care provider in sanitary conditions, abortions are one of the safest medical procedures available, safer even than childbirth. But when governments restrict access to abortions, people are compelled to resort to unsafe abortions, particularly those who cannot afford to travel or seek private care. Preventing women and girls from accessing abortions does not mean they stop needing one. It only forces people to seek out unsafe abortions.

Some people in the United States choose to self-manage their abortions. They report being able to find abortion pills outside of the formal medical system through unregulated online pharmacies. Let's take a step back to something less intrusive people have died from taking diet pills online as they can contain an unknown amount of an industrial chemical, that is used as a pesticide, called DNP.  Imagine all the lovely stuff that they can put into an abortion pill.

An open letter to all the lovely people in the give the child up for adoption or foster care side. For the purpose of facts and figures, I have looked at Alabama for no other reason that it was the latest state to enforce the ruling at writing. There are already ‘approximately 6,400 children in out-of-home placement who are in the custody of the Alabama Department of Human Resources’ (Adoptuskids.org, 2019).  Please enlighten me to how your plan would work.

We need to remember this new Law isn’t only affecting people who identify as female but is also affecting the transgender and non-binary community that seem to have been forgotten in the commotion. A 2018 study published in ‘Contraception: An International Reproductive Health Journal found that out of 450 self-identified trans individuals…..Six per cent reported an unplanned pregnancy, and 32 per cent chose to have abortions.’ (BENDIX, 2019)

Closing clinics that offer abortion means severing some of the most marginalised memebers within the LGBTQ community from accessible healthcare. For an organisation like Planned Parenthood whose clinics often function as an irreplaceable link to care for those living with HIV, on hormone replacement therapy, or in need of other forms of LGBTQ-related care.


I got an update tonight that Arkansas passed a law that will allow RAPISTS sue victims who want an abortion. America stop saying hold my drink and doing something worse!

Update Two (22/05/19)
This morning it breaks that Trump wants to cut $8.5 billion from the Educations Department budget... Tell me again how you are protecting children and their future.

Sources
Adoptuskids.org. (2019). Alabama foster care and adoption guidelines. [online] Available at: https://www.adoptuskids.org/adoption-and-foster-care/how-to-adopt-and-foster/state-information/alabama [Accessed 15 May 2019].
BENDIX, T. (2019). Abortion Rights Are LGBTQ+ Rights, Too — And We Need to Fight Back. [online] them. Available at: https://www.them.us/story/abortion-access-lgbtq-rights-alabama [Accessed 16 May 2019].
Lets Talk About LGBTQIA