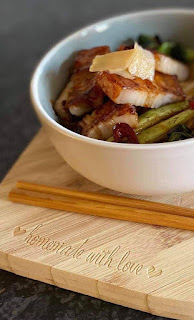 I’m not going to lie the first recipe I thought of was spicy BBQ chicken wings but lest be honest there are probably over 100 recipes. So, I thought about my current food crush and that is Asian inspired dishes. I remembered when I visited my cousin last year, he made me chilli ramen so we both put our heads together to get this recipe (also for the record my recipe is nicer than the one he made).

This recipe is for two people but feel free to add and change bits. That’s the great thing about ramen it can be easily changed or evolved, if you want to add more garlic or ginger go for it. This recipe makes a slightly spicy pork belly, even with the chilli added and a couple of drops of the Franks added to the broth it isn’t overpowering.

So it seems like there’s is a lot of ingredients in this recipe but a lot of them I already had, which is something I was aiming for. I messaged a couple of friends asking if they had them too so it wasn’t going to be an expensive and over the top recipe. I’ll be honest the broccoli is left over from our Sunday roast. I honestly think the only ingredients I had to buy was the pork belly, spring onions and the Pak Choi.

Also, I am honestly such a lazy cook if I can put it in the slow cooker and forget about it for a couple of hours, I am so on it which is the start of this recipe. This also means the recipe isn’t that complicated I think the hardest part is timings on noodles and stir frying.

Let me know in the comments if you give it ago. 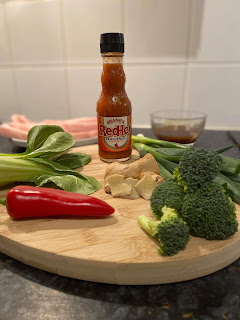 Prep the night before
Whenever I cook with pork belly, I sprinkle it with a little salt and pepper and lay the pork on kitchen roll to also help add flavour you can keep or remove this step its personal preference, I think.

The day of cooking 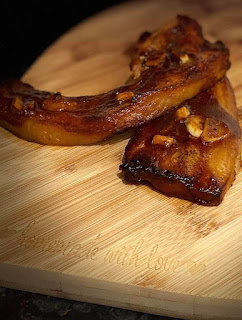