Today we are going to be looking at The Philpott Fire as always, I will not be going into any of the gruesome details. Trigger warnings for fire and child murder. 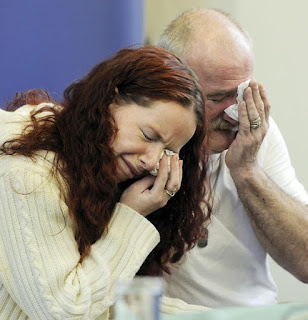 I was 19 when The Philpott Fire happened in May 2012 and I remember feeling so heartbroken like most people who heard the news. Honestly, who wouldn’t be heartbroken hearing a story of six children being murdered in a house fire.

I can still recall watching the interviews and pleas they made for information with my mum and thinking something was off about Mick Philpott. I’m pretty sure Mother Goose said something felt off and I said: “what you expecting the next Tracie Andrews”. Less than two weeks later we would regret that whole conversation. I can also still clearly the six horse-drawn carriages and seeing the six white coffins being taken to the church.

Mick Philpott is a unique character he had countless tv and media appearances and the tabloids dubbed him "Shameless Mick" for his claims and refusal to get a job. 2007 was a big year for Mick Philpott he discussed living with 11 of his children and his wife and mistress on the ITV programme 'Ann Widecombe versus the benefit culture'. He even appeared on the Jeremy Kyle Show in the same year and was nothing but standoffish and argumentative.

Here’s an observation I have made this is my opinion I think Mick was too early to gain the fame and reputation he wanted from appearing on talk shows. He appeared back in 2007 long before Danielle Bregoli and the like who have managed to get famous for being a “Personality” on tv. I’m not saying if he had gotten the fame, he wanted he wouldn’t have done what he did but I think it possibly played a part in his justification in his mental state. He wanted to perform the miracle rescue and be the hero, imagine how much that would have boosted his ego.

Despite watching countless documentaries and listening to the criminal psychologist I just still can’t get my head around how and why? I like even now while writing this I have tears in my eyes. His mistress left him so you know what he did, he planned this whole scheme about how he was going to frame the fire on her and get custody of the 5 children the shared. If you honestly loved your children or any sort of paternal instinct how could you endanger your children that much?

Mick didn’t act alone Mairead and Mick’s friend Paul were also involved and knew of Micks plans. Even after the children had died both Mick and Mairead were seen joking about in the local pub, mick even sang karaoke. The 6 children who died were still in the morgue he even started to plan to remarry Mairead.  Honestly just even a little research into how they both reacted after the fire is enough to make you feel sick threesomes, karaoke you know all the things you do when six of your children have been murdered.

Here is the timeline of how this horrifically true tale of revenge played out from the event that unhinged Mick to the sentencing. 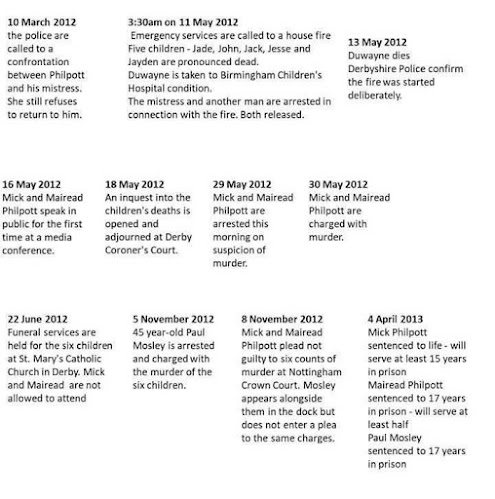 If you would like to know more you can watch the Channel 5 documentary The Philpott Fire: 5 Years on its infuriating hearing the evidence and how calculated Mick was behind closed doors.