The screen adaption was better in my opinion

I’ve done a post about why the book was better now we have some books where I preferred the screen adaption. Again, this is my own opinion and sorry to say but there are going to be some spoilers in this post with both the books and the tv series it’s kind of obvious in the title of the post. In this post I am going to be using poster images I have found through google I do not own any rights and am using the image purely for review purposes (Fair use under the copyright act sections 29 and 30 under use for a review). 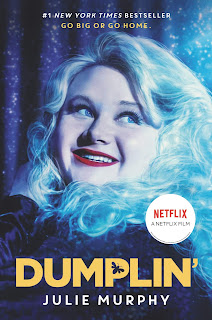 Don’t get me wrong I loved the book but there was something different about having Dolly Parton thrown at me at every chance it had (NOT a complaint I LOVE Dolly). I could also possibly be biased as I love Ginger Minj and Mercutio (Harold Perrineau). What the movie depicts wonderfully is the dynamic between mother and daughter. The two can’t quite connect and weight plays a part in their strained and distant relationship. Also, Jenifer Aniston is downright amazing in her portrayal of a Southern mother and is believable and authentic. Honestly even just listening to the soundtrack is enough to change my mood you can’t help but feel happy. 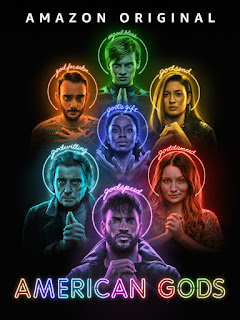 No one shout at me but I actually prefer the tv series and not just because Ricky Whittle can’t see to keep his shirt on. I have managed to read the book once. One thing that is better than the book is this version of Laura became a fleshed out and sympathetic heroine. I adore how Bilquis was developed and given a larger part in the tv series she’s a great Goddess. Salim, a salesman from Oman is much more fleshed out in the show and gives us one of the most incredible scenes featuring gay characters and remains an important part of the plot. Honestly the shows just better in the words of the great Anne Boleyn sorry not sorry.

IT by Stephen King 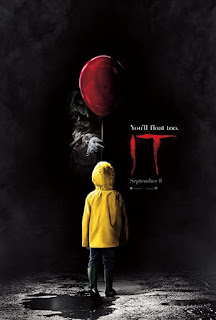 This is about the remake with Bill Skarsgard as Tim Curry doesn’t scare me, I saw Legend and The Rocky Horror Picture Show way too young and I am immune to him as Pennywise. I read IT when I was 19 it was the first scary book I read and my excitement soon faded as I stopped enjoying the book and it felt like more of a chore I powered through and I think that’s the reason why I prefer the movie.  Bill as Pennywise the clown petrifies me at points in both parts one and two. There is also a scene where I cried the first time, I saw it in the film and that’s where adult Bill is face to face with murdered Georgie. 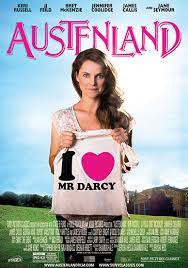 The movie and the book both do a wonderful job of making the reader conscious of the foolishness of falling in love with a fictional character don’t lie we have all been there. It can get a little complicated as this wonderful story is beyond multilayer. We have actors who are pretending to be these characters, adding another layer of falseness to this story about real love and play-acting. Jennifer Coolidge completely steals the show as Elizabeth for me and I’m not even mad about it. the scene where she is teaching Jane to speak “proper” English never fails to make me snort-laugh. I love the added epilogue that shows that Elizabeth has bought Austenland, turning it into a theme park with Andrews by her side.

The Handmaid's Tale by Margaret Atwood 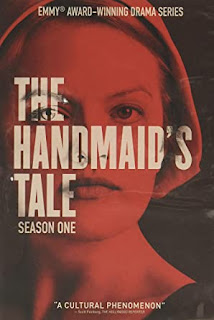 When you compare the book to the series you have so much more material from the series and I am living for it. In the book, you don’t even find out Offred's name. June is more rebellious in the show than in the book. In the book, she is a passive character and her priority is to survive, not rebel which I understand but Elizabeth Moss as June is beyond badass.  June’s backstory is more expansive than it is in the book and I am with her every step of the way from the flashbacks to the woman’s rights marches to having her baby kidnapped. One of the little details I love in the series is the new Handmaid identification tool in the book each Handmaid is given a tattoo on her ankle while in the series they wear a red tag on their ear which has a corresponding identification number and GPS tracking.

What screen adaption was better than the book in your opinion?