It’s a little late this year again but here it is its finally time to look at some book to screen adaptions that are coming out in 2022. All dates are for UK releases and can change. I am using poster images I have found through google I do not own any rights and am using the image purely for future review purposes (Fair use under the copyright act sections 29 and 30 under use for a review).

The Lord of the Rings Prequel by J. R. R. Tolkien 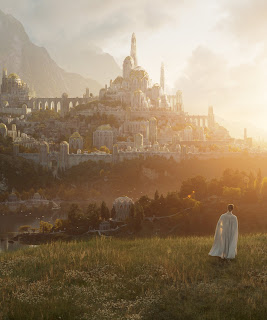 We are starting this year’s off with a bang go big or go home right! Finally, we are getting a prequel to Lord of the rings set thousands of years before the events of The Hobbit and The Lord of the Rings and will follow characters, both familiar and new, as they confront the long-feared re-emergence of evil to Middle-earth. A little nerd out for my fellow Tolkien fans. There are four ages in Tolkien's works. Lord of the Rings was set in the Third Age, and this series will take place in The Second Age. Super fun fact the infamous One Ring was forged in the second age which hopefully means that the Dark Lord Sauron should be heavily featured. I cannot wait. 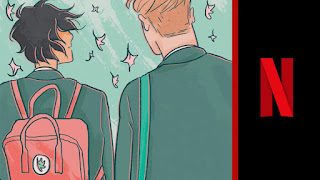 Heartstoppers is based on the graphic novel by Alice Oseman and tells the story of two boys who meet at a British grammar school and develop feelings for each other. The story is wonderfully realistic with depictions of love, life, and friendship while dealing with issues such as coming out and mental illness. I screamed with excitement down the phone to a friend as soon as I found out Netflix had the rights but kept Alice as a writer on series. 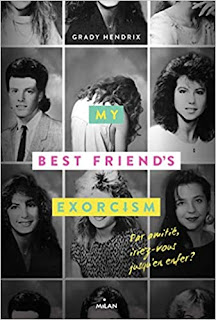 This book is set at the height of the "Satanic Panic" in the 1980s. This book recounts the story of two high school friends, Abby and Gretchen who are sophomores in high school. Their friendship is tested when an evening of skinny-dipping goes wrong, and Gretchen begins to act differently, and various bizarre occurrences soon follow. After some investigating, Abby begins to horrifyingly suspect that her friend may be possessed by a demon. Is their friendship powerful enough to beat the devil?

Interview With the Vampire by Anne Rice 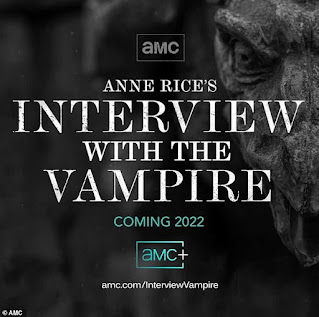 Yes, he’s, she’s and they’s we are getting a remake. Just a little note I am writing this post on the day of Anne's death, and I just want to say another thank you to her for reigniting my love of reading. I know this has already been adapted and you might remember the film from 1994, starring Brad Pitt as Louis, Tom Cruise as Lestat, and a young Kirsten Dunst as Claudia. But we are getting a remake however this time instead of a movie we are getting a TV series. Interview With the Vampire opens the first book in The Vampire Chronicles opens with a conversation between a reporter and Louis de Pointe du Lac, a centuries-old vampire determined to tell his life story. Can you tell I’m excited also AMC has secured the rights to the full series, so we could see volumes like The Vampire Lestat, The Tale of the Body Thief, and more un-adapted works from this series eventually come to the small screen.

The School for Good and Evil by Soman Chainani 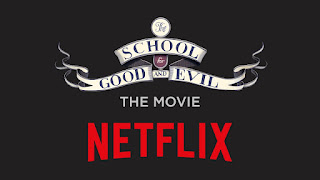 Every four years, two girls are kidnapped from the village of Gavaldon. Legend has it these lost children are sent to the School for Good and Evil, the fabled institution where they become either fairy tale heroes or villains. With her glass slippers and devotion to virtuous deeds, Sophie knows she will join the ranks at the School for Good. However, Agatha, who is unliked by many for being considered a witch seems a natural fit for the villains in the School for Evil. As the two get whisked away into the secretive world of Fairy tales, they find that their fortunes are reversed, much to Sophie’s dismay. Finding it impossible to escape from the treacherous world. I had a friend recommend this series to me a while back and I am ashamed to say it is still chilling on my ever-crushing TBR pile hopefully I will have a chance to read it before it hits our screens.