I can’t really have a vampire’s week without talking about the main man himself, The Prince of Darkness. Over the past 17 years I have come across numerous Dracula adaptions and retellings. I thought I would share with you dear Reader my favourites. Just a slight reminder that Lucy Westenra is my nemesis, I’m sorry I just don’t like her once again this is nothing against any actress who has played her, I just don’t like the character. 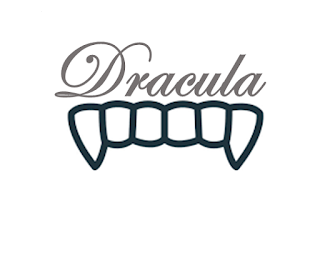 This film is the reason I started reading vampire books and the reason that I now have multiple copies of Dracula. While it's unquestionably a more romanticized version of the Dracula tale it is still my first experience with the legend and holds a special place in my heart.  It does however take elements from the novel many adaptations repeatedly leave out. I also like how the director kept most of the narrated diary entries in the movie word-for-word from the original text. I’m going to end this with Gary Oldman grey suite….

It doesn’t matter how excited I was for the 2013 adaption with Jonathan Rhys Meyers it was a let-down, so I didn’t have my hopes that high for the BBC adaption that was released in 2020. How wrong was I! I was astounded at how much like Christopher Lee and Bela Lugosi, Claes Bang looked while channelling seductiveness and malevolence from Gary Oldman’s portrayal. I wouldn’t say I’m a purest when it comes to portrayal of Dracula, but I did overlook some of the creative liberties that where take due to Claes’s embodiment of the count.

For this adaption Audible have used Bram Stoker's original 1897 manuscript that I think recapture the original intended horror and power from Bram Stoker's words. This adaption doesn’t use cheap sound effects to try to bring gothic tension unlike some adaptions I have listened to. This adaption is the truest to the original source material. The exceptional cast lead this powerful production with such variety that is required by the firm structure of the novel by voicing the various journals, diaries, telegrams, and newspapers in an enjoyable way. This is the most enjoyable Dracula audiobooks I have listened to.

I love this adaption as this book doesn’t focus on The Prince of Darkness himself it looks at the untold story of his Brides. This book returns Dracula to his Transylvanian roots and gives us some background for his brides and there’s a creeping dread, threaded throughout the book that flows through this story. The impending dread is brought by us the readers as we are already aware of the story and what happens to the brides. This book was full of gothic atmosphere, but at the same time felt modern and fresh. At no point did this book feel forced, but it feels like a natural sub-plot to the orginal legend.

To quote the blurb “Queen Victoria has remarried, taking as her new consort Vlad Tepes, the Wallachian Prince infamously known as Count Dracula.” How can you not want to read about Queen Victoria meeting Dracula. Kim takes us to a world where the ending of Dracula is quite different. Instead of being defeated, the Count was victorious. I not only loved this book for adding another layer to the Dracula legend, I love how many Victorian references are woven through the story from Jack the Ripper to Mycroft Holmes.