Who is ready for the spooky season? It seems fitting I feel better around the spooky season maybe Wednesday Addams has taken over. I thought I would set the mood by sharing my favourite classic horror films some of which I watched way too young. After a slight family debate apparently aunty Google says for a movie to be deemed as a classic the film must be over 25 years old, that’s the guidelines I’m using sorry if I’m wrong. 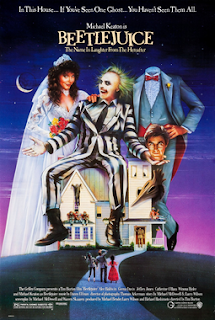 We are starting with Beetlejuice as this is the film Mother Goose used to decide how I felt about horror films. I know this film is a horror comedy, but I can tell you 7-year-old me thought this was scary yet brilliant and reconfirmed my love for anything Tim Burton. This is still an over watched film over 20 years later since I first watched it, and my slight obsession is now feed by the musical soundtrack. Fun fact I used to cry at man who had turned into a pancake by a car, not the sand worms or when Barbara and Adam turn to skeletons. Just a quick note because “obviously” Tim Burton reads my blog can we have Beetlejuice two soon please? 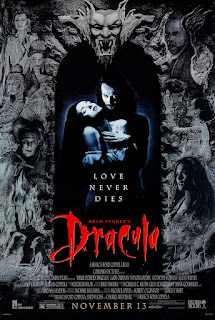 This film was the reason I started reading vampire books and the reason that I now have multiple copies of this book and was the start of my vampire obsession. The love I ended up showing for this film is the reason Mother Goose let me watch another film mentioned on this list The Lost Boys. It is also the film that ignited the feud with my nemesis Lucy Westenra, I’m sorry I just don’t like her nothing against any actress who has played her I just don’t like the character. 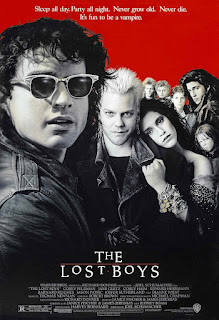 I am so happy I was allowed to watch The Lost Boys because despite being slightly obsessed with the Twilight books I laughed at the sparkly vampires. I think The Lost Boys helped stop me going fully down the Twi-hard path, there is nothing wrong with being a Twi-Hard I just preferred the books. I have gone as far to watch the sequels, but they don’t even come close to the orginal, Sorry. In September last year a new Lost Boys film was announced and is going to be directed by Jonathan Entwistle eyes open The Lost Boys fans. 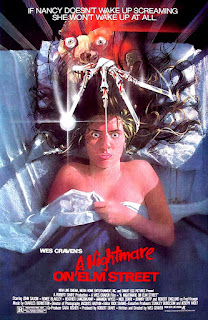 This film out of all the films on this list holds a special place in my heart as I was lucky enough to meet Mr Kruger himself, Robert Englund at a comic con. It was petrifying in the best possible way, even now 6/7 years later I still giggle at how scared I look in my photo. When I was younger these films used to scare me now however, they are now a much-loved classic. I really didn’t like the 2010 remake, but I think that’s because it was Robert and I’m stubborn I don’t think it really stood a chance. 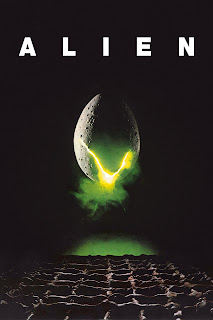 This one I would like to call child protective services I was not warned about chest buster scene, and I screamed. I say that in hindsight it was nice to still get the surprise but younger me is mad still. I did start playing the Alien vs Predator games before I watched any of the film series, who needs to do things in order.