Our final streaming stop is for Disney+ and today marks the end of my film recommendations; I hope you have found something to watch or been reminded of an old classic you used to love. If you’re planning on a night of films with the entire family, it can be hard to find the right balance of festive and kid friendly I hope you find something to enjoy from these Disney Classics. 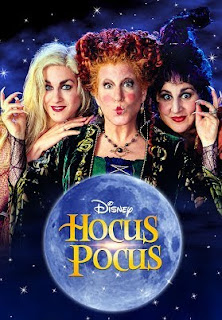 Plot: After moving to Salem, Mass., teenager Max Dennison explores an abandoned house with his sister Dani and their new friend, Allison. After dismissing a story Allison tells as superstitious, Max accidentally frees a coven of evil witches who used to live in the house. Now, with the help of a magical cat, the kids must steal the witches' book of spells to stop them from becoming immortal.

Thoughts: I love Hocus Pocus it’s another film that I love to watch all year round. As soon as there is even a slight chill in the air. It is a tossup between if hocus pocus or the nightmare before Christmas that goes on first. I put a spell on you also manages to work its way into every playlist I make on Spotify. The Sanderson sisters are the best and I can’t wait to watch Hocus Pocus 2. My favourite sister is Sarah she never fails to make me laugh. I love how she isn't as wicked as Winifred, and she isn't constantly worried about impressing her older sister and not afraid to be herself. 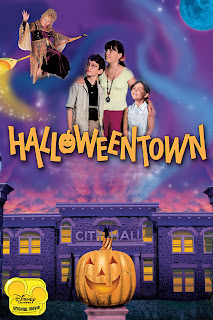 Plot: Marnie and her kids get a big shock when they follow grandma home to Halloweentown and find out they come from a family of witches. The town is the only place where supernatural beings can lead a `normal' life, but trouble is looming, and on her 13th birthday Marnie not only finds she is a witch, but that she and her family are involved in a fight against the evil that is threatening to take over the world.

Thoughts: Rewatching Halloweentown make me sad now as I remember that Debbie Reynolds and Carrie Fisher have died. This Halloween movie will always have a special place in my heart from my childhood and despite being reminded about Debbie. I still love watching it to this day. If you want a movie that’s old, cute, corny and a cute Halloween movie this is the movie to watch. It’s a classic and it always brings me a smile just watching it. It’s the Halloween spirit that the movie brings back. 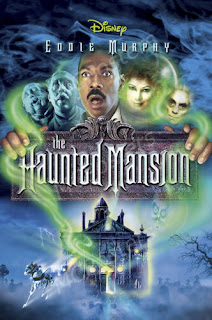 Plot: Workaholic real estate agent Jim Evers is accused by his wife, Sara, of neglecting his son and daughter, so he takes the family on a vacation. Along the way, the family stops off at a sinister mansion that Jim has been asked to sell, only to discover it's haunted by Master Gracey; his stern butler, Ramsley; and two other servants who need some help breaking a curse.

Thoughts: The haunted mansion move is one that freaked me out as a child as I have arachnophobia. I know it’s only two scenes out the whole movie, but I remember having to get Mother Goose to check my room for spiders after we saw it at the cinema. Terence Stamp scares me in this film even now at the grand old age of almost thirty. He still makes the hair on the back of my neck stand up. He’s just a great villain, I guess. It's a fun family movie with mystery, humour and just a little horror. There is a new movie being realised called Haunted Mansion that is set be released in 2023. 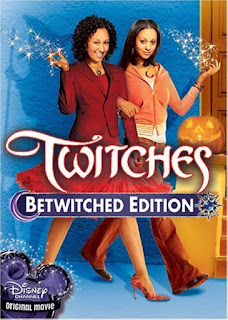 Plot: Reunited on their 21st birthday, twin sisters (Tia Mowry, Tamera Mowry) use their magic powers to save their kingdom from the forces of darkness.

Thoughts: Twitches is a phenomenal throwback for many of us who grew up watching the Disney Channel. I don’t think I think I really appreciated this film till I watched it again as an adult. I don’t think it was that fond of it when it came out as I was still rewatching Hocus Pocus, Halloweentown and The Nightmare Before Christmas 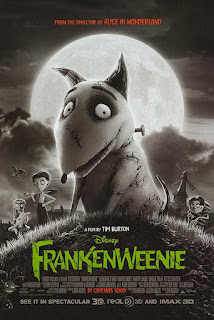 Plot: Young Victor Frankenstein is a science nerd and outsider at school, but he does have one good friend: his dog, Sparky. But then, tragedy strikes, and Sparky shuffles off this mortal coil. Victor is heartbroken, but his science teacher gives him an idea of how to jolt old Sparky back to life. The experiment is successful, and all goes well, until Victor's fellow students steal his secret and use it to resurrect other dead animals with monstrous consequences.

Thoughts: I remember seeing the short that featuring Barret Oliver from Never ending story. This film always hits me hard even though I know the story from the short it still hurt watching the film. I am a wimp when it comes to animals dying, I swear to hades. It’s a version Frankenstein for a younger audience, and honestly. It's kind of creepy in a way that only Tim Burton movies can be.