Book I Can Reread - Part One

Today I’m going to be sharing part one of books I can reread time and time again; I suppose you could call them my desert island books.  The reason I have picked these books specifically as I reread them at least once a year and I just love how homely they make me feel. 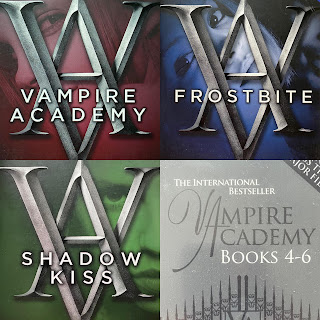 Plot: Lissa Dragomir is a Moroi princess: a mortal vampire with a rare gift for harnessing the earth's magic. She must be protected from Strigoi; the fiercest vampires—the ones who never die. After two years of freedom, Rose and Lissa are caught and dragged back to St. Vladimir's Academy. Rose and Lissa must navigate their dangerous world, confront the temptations of forbidden love, and never once let their guard down, lest the evil undead make Lissa one of them forever

Thoughts: I love this series, as it demonstrates some kickass female lead characters and I am still LIVING for the portrayal of girls supporting girls in this series, instead of the boring tope of every single female character vying for attention in a meaningless egotistical competition. I think it’s one of the reasons I love the Vampire Academy series so much. Overall, this isn’t a bad read if you're into teenage romances and school stories and is one killer book for anyone who loves Vampires.  Also, Dimitri Belikov. 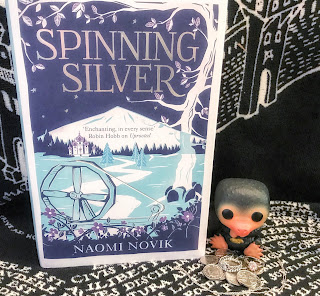 Plot: Miryem is the daughter and granddaughter of moneylenders, but her father’s too kind-hearted to collect his debts. They face poverty, until Miryem hardens her own heart and takes up his work in their village. Her success creates rumours she can turn silver into gold, which attract the fairy king of winter himself. Irina’s father schemes to wed her to the tsar he will pay any price to achieve this goal. However, the dashing tsar is not what he seems. Miryem and Irina embark on a quest that will take them to the limits of sacrifice, power, and love.

Thoughts: If you strip Spinning Silver down to its core it is a story about women who refuse to accept the brutality of the men who seek to overpower them, the power of family bonds and the conscious choices made to protect the ones you love. Spinning Silver is a brilliant take on the fairy tale of Rumpelstiltskin set in a charming Russian inspired fantasy world that uniquely entwines magic, myth and mystery making the plot of Spinning Silver wonderfully intricate. I loved the way Naomi captures the reality of an era in which women could be expected to be treated as little more than cattle, and yet create three clever, talented young ladies who work within confines of their environment can excel. 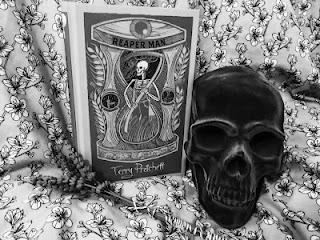 Plot: ‘Death has to happen. That’s what bein’ alive is all about. You’re alive, and then you’re dead. It can’t just stop happening.’ But it can. And it has. Death is missing – presumed gone. Which leads to the kind of chaos you always get when an important public service is withdrawn. If Death doesn’t come for you, then what are you supposed to do in the meantime? You can’t have the undead wandering about like lost souls – there’s no telling what might happen.

Thoughts: Anyone who reads Terry Pratchett will have a favourite character mine is Death and in reaper man, he is at his very best. The Auditors of Reality force Death into retirement so Death takes on the name "Bill Door" and decides to find meaningful employment in a small rural community and gets a job working as a farm hand for the elderly Miss Flitworth. No Death = no moving on and all the life energy has to go somewhere and creates some of my favourite incidents on the Disc also we get The Death of Rats who I adore.