Welcome to my witchy post the first part of this post will be about witch history the second part will touch on the witch trials. 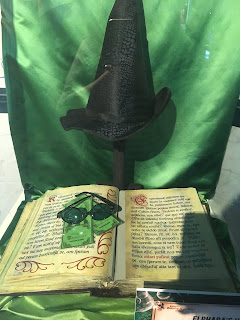 The history of witchcraft in Europe begins with both folktales and religious and classical texts with the texts having origins in Hebrew, Greek and Roman history. Witches and witchcraft have captivated the minds of people for centuries either through folklore or during the dark times of the witch trials.

In recent years, witches have been known as awkward teenagers learning to control their powers, a secret school for witches in New Orleans fighting to be the next supreme (Coven and Apocalypse) and a trio of charmed sisters battling the forces of evil (I can’t wait to see the new series). However, the real history of witches is dark and, often for the witches, deadly. Angry villagers could speculate why the women of the town were gaining a sense of independence or whether that herbal tea last night was a potion or just really bad tea. Most witches were thought to be pagans doing the “Devil’s work” however many were simply natural healers or so-called “wise women” whose choice of profession was misunderstood.

Witches have been seen as objects of wisdom and evil in folklore for many generations.  Images of witches have appeared in various forms throughout history—from evil, wart-nosed women with a familiar and flying through the sky on brooms wearing pointy hats. The folklore of the wicked witch and her animal familiar is a well-known and often retold tale. Historically, familiars or spirits were often seen as a type of guardian angel rather than an evil demon.

Witchcraft was not made a capital offence in Britain until 1563 although it was deemed heresy and was denounced as such by Pope Innocent VIII in 1484. About three-fourths of the executions based on witchcraft accusations were in the Holy Roman Empire, including parts of what are today Germany, France, the Netherlands and Switzerland. The number of people charged and executed for witchcraft is estimated have ranged from about 10,000 to nine million.

Most supposed witches were usually old women, and invariably poor. A woman who was unfortunate enough to be ‘crone-like’, snaggle-toothed and sunken-cheeked and if they had a cat this was taken a proof, as witches always had a familiar. Too many unfortunate women were condemned on this sort of evidence and hanged after undergoing appalling torture that usually got a confession from the supposed witch.

A good look into he said she said that ran wild during the witch trials is The Pendle Witches, three generations of one family, were marched through the crowded streets of Lancaster and hanged.

Though many of the Acts against witchcraft were repealed in 1736, witch hunting still went on. Even as recent as 1945 the body of an elderly farm labourer was found near a village in Warwickshire. His throat had been cut and his corpse was pinned to the earth with a pitchfork. Sadly, the murder remains unsolved, however, the man was allegedly a wizard.