Today we are carrying on women’s week and looking women in Science. I could have gone anywhere with this I know but I have picked three women who I personally think need a spotlight. Marie Curie, Rosalind Franklin and Maria Goeppert Mayer 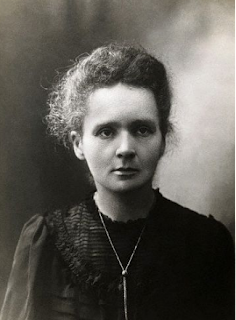 In 1891, Marie went to Paris to study physics and mathematics at the Sorbonne where she met Pierre Curie, professor of the School of Physics and they married in 1895.

The Curies worked together investigating radioactivity, building on the work of the German physicist Roentgen and the French physicist Becquerel. In 1898, The Curies announced the discovery of a new chemical element, polonium and by the end of the year, they announced they had also discovered radium. The Curies, along with Becquerel, were awarded the Nobel Prize for Physics in 1903.

When Pierre's died in 1906 and Marie took over his teaching post, becoming the first woman to teach at Sorbonne. Marie dedicated her life to continuing the work that she and Pierre started. Marie received a second Nobel Prize, for Chemistry, in 1911.

The Curie's research was vital in the development of x-rays in surgery. During World War One Marie helped equip ambulances with x-ray equipment. Bonus fact: which Marie herself drove to the front lines. The International Red Cross made her head of its radiological service and she held training courses for medical orderlies and doctors in the new techniques.

Despite her success, Marie continued to face great opposition from male scientists in France, and she never received significant financial benefits from her work. Marie died on 4 July 1934 from leukaemia, caused by exposure to high-energy radiation from her research. 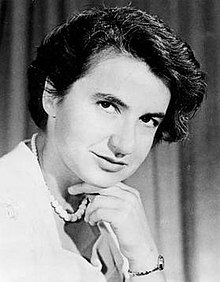 Rosalind was crucial in the discovery of the double helix structure of DNA. However, Rosalind is considered to be in the shadows of science history despite her contribution to that landmark discovery.

At age 18, Rosalind enrolled in Newnham Women's College at Cambridge University, where she studied physics and chemistry. After Cambridge Rosalind went to work for the British Coal Utilisation Research Association where her work on the porosity of coal became the focus of her PhD thesis. In 1946, Rosalind moved to Paris where she perfected her skills in X-ray crystallography, which would later  become her life's work. Although she loved the freedom and lifestyle of Paris, she returned after four years to London to accept a job at King's College.

A misunderstanding resulted in immediate friction between Maurice Wilkins and Rosalind, the two were to work together on finding the structure of DNA and their conflicts led to them working in relative isolation. While this suited Rosalind, Maurice went looking for his friends in the Cavendish laboratory in Cambridge where Francis Crick was working with James Watson on building a model of the DNA molecule.

Unknown to Rosalind, James and Francis saw some of her unpublished data, including "photo 51," shown to them by Maurice. This chain reaction of events continued with Francis and James including Rosalind photograph combined with their own data and created their famous DNA model.
Rosalind’s contribution was not acknowledged, until after her death when Francis said that her contribution had been critical. Rosalind wasn’t even mentioned in 1962 when James, Francis and Maurice jointly received the Nobel Prize in Physiology or Medicine. (insert your own insult) 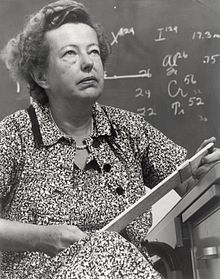 Maria made important discoveries about nuclear structure and is one of only two women to have won the Nobel Prize in physics. Early in Maria career, she spent years in unpaid positions before she was able to obtain a professorship in physics. Nevertheless, Maria persisted and in 1948 and published her first paper.

Maria completed her PhD in 1930, with a thesis on double photon reactions. While at Göttingen, she met her husband, physical chemist Joseph Mayer. The couple moved to the US, and Joseph got a job at Johns Hopkins University in Baltimore. Nepotism prevented the university from hiring Maria as a professor, so she worked as a volunteer and continued her own research.

Then in 1939 when Joseph got a job at Columbia University. Maria was given office space, but no salary. At first, she worked on calculations and worked with Harold Urey on a photochemical method for isotope separation. The work involved creating a list of isotope abundances. While making this list, it became clear to Maria that nuclei with 2, 8, 20, 28, 50, 82, or 126 protons or neutrons were stable. This observation led her to suggest a shell structure for nuclei, analogous to electron shell structure in atoms.

As Maria was sending her paper off to the Physical Review for publication, she became aware of a paper by Hans Jensen and colleagues, who had come up with the same result. Maria and Hans hadn’t met at the time, but later when the two did meet they became friends and collaborators and wrote a book together on the nuclear shell model. Maria and Hans won the Nobel Prize in 1963 for their work.
L x