Let’s Talk About… My relationship with romance in books 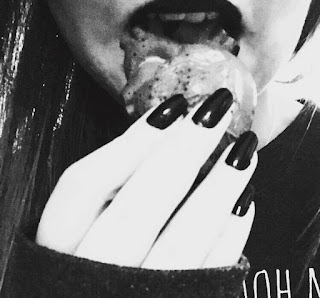 Romeo and Juliet by William Shakespeare
Romeo (18ish) believes that he is in love with Rosaline in the beginning, however she is not interested in him at all, and Romeo thinks he will never love another. He goes to a party and Romeo instantaneously goes from love sick to total infatuation. Juliet is a 13-year-old who has just been told that she is to marry an older man she is to meet for the first time at the party which is messed up as it is. Poor Juliet is clearly the rebound sorry to say. Lets just check the vast timeline of this romantic tale oh wait.... Romeo and Juliet knew each other for a day! On Sunday night, Romeo goes to the Capulet’s party. He and Juliet lock eyes and fall in love. They get married the next day and die a few days later. The end. I apologise for being blunt but pretty much everyone dies because of two kids’ infatuation with each other and a bad rebound.

The Twilight Saga by Stephanie Meyer
Bella and Edward did not have a healthy relationship. One of Edwards’ hallmark characteristics is his control over Bella and his attempts to isolate her from others.  Edward is quick to get Bella alone and during the series, he constantly shields her from any other, including from her father and friends and consistently forbids her from seeing Jacob.  Also, let’s not forget he follows her to Port Angeles (first movie). Okay, yes Bella was saved from an attack by random dudes, but that’s not really the point. Another extreme is that when Edward thought that Bella had died, he went to out his kind with the intention of signing his own death warrant.  Oh, and how could I almost forget breaking into her house to watch her sleep!!

Faults in our Stars by John Green
I am sorry but I do not like Augustus (Gus) Waters. I didn’t like him in the book and I didn’t like him in the film. I think what he did to Hazel was beyond cruel by constructing her heartbreak. Gus’s fear of oblivion makes him focus on establishing a name for himself, whenever that the deadline may be. Gus is obsessed with doing something heroic and is able to complete his heroic act through his relationship with Hazel, and in the end, their relationship prevents him from fading into oblivion.

The Notebook by Nicholas Sparks (film)
Noah is an obsessive creep with a fondness for dramatic, unwanted gestures and has an inability to take no for an answer. Eventually, Noah scales a Ferris wheel and threatens to throw himself off the top if Allie doesn't agree to go out with him. She obviously agrees. Allie and Noah fight constantly, openly argue in front of others and even get into physical altercations. The film pairs each fight with upbeat music and subsequent shots of them making up, so it appears the fighting is romantic. (Its not!) There are two extremely problematic moments the book and the movie share: Noah's persistent letters to Allie, and his decision to buy her dream house without her. At first glance, it seems thoughtful and deeply romantic, but at their core the actions are unhealthy and unwanted obsession from Noah. For years, he writers to her nonstop (every day in the movie, and every month in the book) without ever getting a response. I hear you scream Allie's mother kept the letters hidden from her, but Noah didn’t know that and kept writing.

Bonus
Safe Haven by Nicholas Sparks
I would like to say thank you to my friend Hannah for suggesting this book for the list. Safe Haven is about an abusive relationship and how she gets out of it and he stalks her. She moves and changes her identity and what makes it more interesting is that he’s a police officer. So, he puts out a wanted sign using her face as a murderer (wanted for) and at this point, she’s in a new relationship and he finds out. She goes on the run again and her new guy goes after her and she tells him the truth.