The Tesla Legacy by K.K. Pérez


Hello Readers,
Thank you, Jamie and Tor Teen for sending me an eBook copy of The Tesla Legacy by K.K. Pérez
for free in exchange for an honest review.
Spoilers
Publish date: April 1st 2019 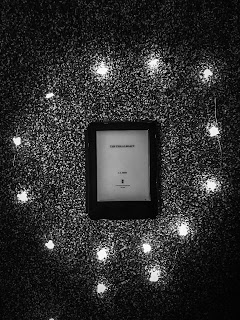 The Tesla Legacy follows an intelligent young scientist named Lucy Phelps.  Lucy has been home-schooled most of her life because of a seizure disorder. Since convincing her overbearing parents to let her attend high school, she's been keeping a low profile and is getting ready to graduate. I love that Lucy is a shameless geek, into STEM, while being fearless to display her intelligence and is never discouraged from her passions. I also loved Lucy's numerous pop culture references to Star Trek, etc. Until one day she discovers a hidden message in a photo and an ill-fated encounter in the Tesla Suite of the New Yorker Hotel causes her to question her medical diagnosis when she begins developing strange abilities with electricity and magnetism.

As Lucy struggles to understand her new abilities through scientific experimentation, she is thrust into a centuries-old battle between rival alchemist societies. Unfortunately, only one of those rival groups is concerned about her survival however both sides believe she is the next step in human evolution. Lucy is quickly drawn into a murky world of secret societies and alchemy as she deals with her newfound power, parents who might be lying to her and high school drama. Lucy begins to uncover the tales of historical rivalries, while trying to understand her genetic mutation. The things she discovers are terrifying and exciting all at the same time.

The Tesla Legacy was such a fun read mixing real science with science fiction, which in my opionion was done pretty perfectly. The books also features a brave heroine, plenty of action and unexpected twists all the while, slipping in a surprising amount of real science and history of science. We learn about electricity, magnetic fields, conductivity, and the history of Tesla oh and a sprinkle of alchemy. One of the best parts about this novel is the positivity it shows towards STEM especially Women in STEM. I loved the modern setting for this book, and it’s a fantastic take on the ‘chosen one’ idea.  The plot quickly progressed from this teenage curiosity to a full-scale conspiracy in the blink of an eye. However, It makes a lot of sense, once you start poking large organisations you’re going to get the wrong type of attention very quickly. The Tesla Legacy is a brilliant read that connects science, ethics, history, humanity and growing up and making choices.

Lucy’s character made it easy to become invested in the book. She's just a teenager trying to find her way in life She’s pretty average with a mediocre boyfriend and overprotective parents, but she stands out because she’s smart and isn't afraid to show it.  She’s is driven and loyal to a fault and occasionally turns a blind eye to what is happening around her. She desperately just wants to be a normal teenager and fit in, but her seizures make her feel like an oddball. Yet she still manages to be feisty and quick-witted, smart and strong and is fiercely loyal to those she loves. She’s incredibly intelligent in a way that feels so natural, and she’s always applying science and scientific technique to her real-life situations. Throughout the book, we explore Lucy’s complicated relationship with her parents and the relationship she has with her lesbian best friend all while feeling Lucy's sense of betrayal and confusion of who she should trust. The characters are all really well developed and interesting.

The Tesla Legacy is an intriguing and unique book and perfect for science fiction and fantasy readers. I honestly don’t think I could recommend this book enough and I really hope we get a second book.