Today we're going to look at TV and book endings that didn’t live up the hype. Obviously, there are going to be some spoilers in the post so here’s a list of TV shows and books I'll be mentioning. Lost, Game of Thrones, True Blood show and books, The Newsroom and HEX.  I am using images I have found through google I do not own any rights and am using the image purely for review purposes (Fair use under the copy right act sections 29 and 30 under use for a review). Also happy 200th post to me, happy 200th post to me! I would love to know any show endings that didn’t live up to your expectations. 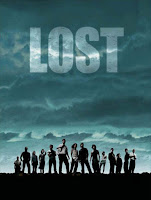 I know I should be over it by now but I just can't move on! I remember staying up on a school night to watch it live in the UK I think it aired over here at 3 /4 o’clock in the morning. I watched this show for 6 seasons and this is how you replay my loyalty. It's all been about the moment before you get to the next stage heaven, the afterlife, whatever you want to call it or whatever you believe in.  In Lost's world, everyone dies, but at different times and you all get to spend eternity/heaven/the afterlife with the people who were most important in your life. So, the island was basically some kind of holding station in other words purgatory, or limbo for everyone’s soul, while you sort your emotional baggage out from the wreckage of your life. At first, I was moved, and let those feelings over-ride my judgement. Minutes later, however, I felt cheated. Cheated out of six years of my life. I honestly believed that the ending was going to be a proper and satisfying one. Surprise!

I’ll start by being honest I wasn’t really a GoT fan but I did see bits of the last episode. I only know about the ending in detail through Twitter, Mother Goose and friends. The viewpoints I’m sharing in this section was a discussion between Mother Goose and my Auntie. I’m glad I didn’t watch all 8 seasons. I know not every ending is going to please everyone but from an outsider looking in perspective...

I think they should have had more respect for Cersei death. Eight seasons we’ve seen her grow and develop into a heartless ruler despite everything thrown at her and you chose to crush her. No bowing out in glory no epic showdown just her being crushed with Jamie. She deserved better!

Also, Bran has been a weird odd character that they could have done a lot more with, I feel the whole 3 eyed raven should have been given more time, it was rushed in previous seasons with no explanation it would have rounded the story off and made his character more interesting - A quote from my Auntie.

Both the book and the TV series went in almost completely different directions. I’m glad that they deviated away from the book in away because I loved Lafayette (RIP Nelsan Ellis) and am so happy his story line got a new arc and development.

We’ll tackle the book first through out the duration of the books Sookie has a string of relationships including Bill Compton, Eric Northman, Quinn and Alcide Herveaux. So, who do you think she ends up with the vampire, the vampire sheriff, Quinn or the werewolf hell no! Sookie runs off with Sam pissing Merlotte!!! 15 books, not even an inkling or a tidbit just "I like Sam now" in the last couple of chapters! Charlaine I still feel blindsided despite rereads. I did enjoy the books and would recommend them but that ending Charlaine.

With the tv series, I feel the ending was particularly insulting to viewers. Bill dies, Sookie is happy with someone else who is never shown on screen and Pam and Eric look like something off the set of 80’s infomercial

Vote: Enjoyed it but mad

The opening of this series still sticks with me Wills speech was honest and mesmerising then they decided to give us a sub-par over complicated mess. That contained flashbacks, disjointed storytelling and unfulfilled promises of greatness.

The flashback-heavy final episode, framed by Charlie’s funeral, enlightens us to the path that led Mac to accept the News Night executive producer gig and attempts to tie up every loose end for every major character, then dumps an overpowering layer of mush over the entire affair. The first three episodes of season three had some direction but it turned out it was only an excuse for the show's characters to prove how noble and intractable they are. It's the kind of show where every single contender is eventually revealed to be an impossibly righteous person in disguise and the greatest villain is the system.

I know this one was through no fault of their own the show was cancelled after the second season but it still hurts. We still need answers and we needed to see more of Michael Fassbender, just saying. Yeah…. I was 14 when this came out probably shouldn’t have watched it but I was into Buffy and Angel so meh. The cast of Hex certainly wasn’t a bunch of unknowns; actors and actresses including Colin Salmon, Jemima Rooper, Jamie Davis, Christina Cole and a relatively unknown at the time Michael Fassbender to name a few.

The show had everything it was witty, scary and naughty. I was then and still am a huge fan of spooky things and as Hex had a lot more going for it than just being a “ghost story”. I was disappointed at the end of series 2 when I found out there was to be no more Hex, as I felt the ending was a little uncertain but this was intentional as they set up for season three.

Vote: Sky I’m still mad I want to know how it ends!

I would love to know any show endings that didn’t live up to your expectations or have a missed any details out the ones I’ve mentioned?
L x