Hello Readers,
Tomorrow marks 50 years since the Stonewall riots before we delve into that, I thought I would introduce you to Marsha P Johnson and Sylvia Rivera two key players in the events that happened that night and proceeded to fight for the rights of the LGBT community till their deaths. Both Johnson and Rivera were transgender women and a force to be reckoned with in the fight for rights for the LGBTQ community. I do not own any rights to any of the pictures used I am using them for educational purposes. 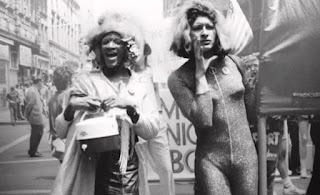 Marsha and Sylvia are unquestionably two of the most important foremothers of the modern LGBTQ rights movement, yet their stories have been erased from a history they helped create. Their leading role at Stonewall, to their revolutionary work supporting transgender and non-binary youth in our city, they charted a path for the activists who came after them.

After Stonewall, Marsha and Sylvia founded the Street Transvestite Action Revolutionaries which was better known as STAR, the organisation focused on providing shelter and support for homeless LGBTQ youth and sex workers. However, through STAR they advocated for those often excluded by the larger ‘Gay Liberation’ movement, which tended to marginalise people of colour, the homeless, and HIV positive. 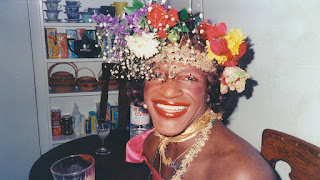 Marsha P. Johnson was born Malcolm Michaels, Jr. on August 24, 1945, in Elizabeth, New Jersey. Marsha experienced a difficult childhood due to her Christian upbringing. She engaged in cross-dressing at an early age but was quickly reprimanded. Marsha moved to Greenwich Village in New York City after graduating from high school. Despite starting her life in New York being homeless and a prostitute Marsha became an activist, drag performer and, for nearly three decades, a permanent fixture of street life in Greenwich Village.

Marsha became famous for her uniqueness, individuality, passion for equality, and compassion for others. Marsha even designed all of her own costumes and quickly became a prominent fixture in the LGBTQ community serving as a “drag mother” by helping homeless and struggling LGBTQ youth. Marsha went by “Black Marsha” before settling on Marsha P. Johnson. The “P” stood for “Pay It No Mind,” which is what Marsha would say in response to questions about her gender or sexuality. It was her forthright nature and enduring strength led her to speak out against injustices. I also found out while doing research that Marsha even modelled for Andy Warhol.

Marsha soon became known as an eccentric woman known for her outlandish hats and glamorous jewellery, she was fearless and bold. Despite a lifelong struggle with mental illness, homelessness, prostitution, and dozens of arrests, Marsha became a beloved figure in the LGBTQ civil rights movement beginning at the Stonewall uprising in 1969. Marsha was celebrating her 25th birthday at Stonewall on that soon to be historical night and according to LGBTQ legend, it was Marsha who threw the first Molotov cocktail at Stonewall, sparking the modern gay liberation movement.

Marsha was found dead on July 6, 1992, at the age of 46. Her life has been celebrated in numerous books, documentaries, and films. The police ruled she had committed suicide despite claims from her friends and other members of the local community that she was not suicidal. 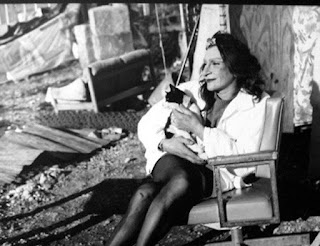 Born on July 2, 1951, in the Bronx, New York, Sylvia had a troubled childhood. Hailing from Puertorican and Venezuelan descent, Sylvia was abandoned by her father shortly after birth and orphaned as a toddler when her mother committed suicide. Sylvia was put into the care of her grandmother, who would often beat her for her effeminacy. Sylvia shaved her eyebrows and wore makeup to school beginning in fourth grade, and by the time she was 10 or 11, Sylvia ran away from home and became a prostitute, working in the Times Square area.

While living on the streets, she found the street queens poor trans youth, some of whom performed sex work and/or were homeless, at the time they identified themselves as drag queens and welcomed her into their fold. It was with their support, she became "Sylvia" and identified as a drag queen in a ceremony attended by some fifty of her friends and peers. Later in life, she would consider herself transgender, although she disliked labels.

In 1969, at age 17, she took part in the famous Stonewall Riots by allegedly throwing the first or second Molotov cocktail in protest to a police raid of the gay bar the Stonewall Inn in Manhattan. In interviews before her death, Sylvia said “I have been given the credit for throwing the first Molotov cocktail by many historians, but I always like to correct it. I threw the second one. I did not throw the first one!”

Rivera delivered her fiery "Y'all Better Quiet Down" speech in New York City at the Christopher Street Liberation Day Rally in Washington Square Park in 1973 amid boos from the crowd. The community she and her trans siblings had fought for all these years at Stonewall and beyond, been arrested for and beaten for, had sold them up the river.

After the rally, Rivera broke down, disbanded STAR, and left activism for two decades. Sadly, she continued to struggle with homelessness and drug addiction and didn’t return to fight for trans issues till the mid-1990s