Today we're shaking things up with a movie review. I was honestly a little apprehensive when I saw that four was happening as I think they ended everything nicely with three. Andy giving all the toys to Bonnie was a nice wholesome ending in my opinion. However, I actually enjoyed the fourth film and this is your spoiler warning. also, I've mentioned some Easter eggs I spotted at the end .

I think Toy Story is one of the Disney films that I'm always going to feel protective of as I've spent a good proportion of my life with its characters, I was 3 when it came out. 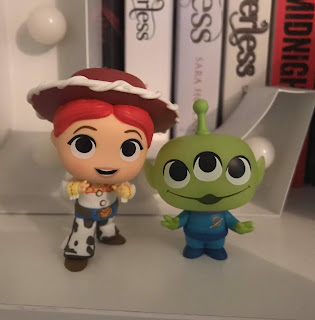 This film took a wonderful creative leap with the creation of Forky. Forky isn’t like the others, Bonnie has made him from a disposable spork and some pipe cleaners. Forky’s existence raises some questions about the toys’ consciousness. Forky has been granted the gift of life, whether he likes it or not despite the fact he thinks he’s “trash”, and wants nothing more than to escape to the safe oblivion of the waste bin. Woody stops Forky throwing himself away to protect Bonnie.  the fact that Forky is, after all, a utensil, and feels most comfortable in the trash, secure in the knowledge that he fulfilled his purpose is a little heartbreaking when you apply the same logic to Woody and the gang.

It’s not until the family road trip things start to pick up and brings Woody into contact with an old acquaintance. Bo Peep is back and she is everything a child needs to look up to now. She has done a complete 360 in her character, I always thought she was a little meh and honestly, I didn’t miss her in two and three. Bo Peep always seemed a little too soft for me even back then I wanted a strong female role model (a couple of years later I got Meg from Hercules).

Let’s introduce the “villains”, personally, I think they aimed this one to the crowd from the first film. A pull string doll and her ventriloquist dummies like come on Disney they really aren’t aimed at children they are for us original crowd who have grown up and with Goosebumps and now watch horror films. All set the delectably creepy confines of the Second Chance Antiques Store.

Overall, I think this was a good film and I did cry but think that’s more of having a memory of going to see the original film at a cinema club with my grandparent who is sadly no longer with us. I think this film was defiantly and ending for the people who saw the film the first time around and there is one particular Easter egg I’ve mentioned that is purely for the original crowd.  The film was a good and good end to the franchise. 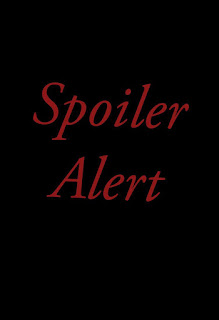 Easter Eggs I spotted
·         Tinny from Tin Toy makes an appearance in the pinball machine, Bo refers to him by name.
·         Bo's sheep bring her a bottle cap and safety pin while out foraging as a nod to the same grape soda bottle cap Russell gets awarded in "Up"
·         The guitar from Coco