Hello Readers,
Thank you, Abigail, and Wunderkind-Pr for getting in contact and sending me an eBook copy of Sea Witch Rising by Sarah Henning
Sorry Spoilers!!

If you’ve been around for a while you know how excited I was when I learned that the first book in the series Sea Witch was a retelling of the little mermaid but then finding out the story was told from “Ursula’s” point of view I knew I had to read this book. Here’s a link to my review of Sea Witch. 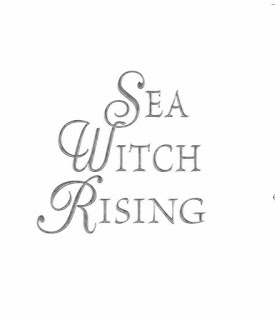 The epilogue at the end of Sea Witch was a killer and when I realise that where Sea Witch Rising was going to pick up I was beyond ready to dive in (Sea what I did there). Evie is now magically merged with the giant octopus that haunted a local cove and is approached by a little mermaid named Alia seeking her help to become human in order to win the love of the prince After making a deal of her own with Evie (the sea witch), Alia’s twin sister Runa, sets out to bring her sister back to the sea as she doesn’t want her sister to die of rejection when the prince fails to declare his love. Evie desires freedom from her role as the Sea Witch and seeks to challenge the Sea King, whose magic has trapped her.

The story’s timeline puts it in that delicate point in history where on land Denmark and the rest of Europe is poised for World War II. The story becomes a little more political in a sense as naval mines and U-boats have brought the land war to the seas and is threatening the lives of the merpeople and the other inhabitants of the water. However, Sarah never lets her tale get too deep but keeps the stakes high and focuses more on friendship and sisterly devotion than romance, although Runa does bond with a handsome young human. Also, the message of female empowerment and unity is clear, without feeling overdone or cheesy.  Sarah keeps her leading ladies strong and capable, without being cliché.

The dual perspectives of Evie, the sea witch, and Runa, the mermaid princess, opens up the story significantly, allowing the author to explore multiple plot lines and themes. On one hand, there’s Runa who can’t understand the appeal of the human world and is trying everything she can to save her twin sister, she deals with a lot of identity issues throughout this story. Her love for Alia shone through every page and although I’m all for a cute romance, the strong sisterly love in this book was a refreshing change and added a different dynamic. Runa was a strong protagonist alongside Evie and I really liked her character. Runa refuses to lose her sister through such a naive act for a spoiled prince.

Then we have Evie who is unapologetically jaded by her own past, yet compassionate to those around her. Evie is really struggling with her lack of powerful magic, trapped away from all she once held dear and has more humanity than Disney portrayed and this led to a richer story for me. There’s also a bittersweet, wistful tone that flows throughout her chapters, creating an added depth to the character an you cant help but feel for her.

I really enjoyed this sequel and I think that’s down to the fact that Runa and Evie are incredible characters. This story focuses on love but not the romantic kind. Runa and Alia are two halves to one whole, and Runa will do anything to save her sister. You also come to realise that Evie became the witch she is now for some many heart-breaking reasons. We learn that she became chained to her lair by the power-hungry Sea King and the decisions that led her to her confinement. While we’re on the subject of The Sea King get that nice fluffy image of King Triton out your head now! Okay ready for it… In this retelling he has a need for power and magic above all else, he holds his daughters close to him merely for their abilities and powers. He is a cruel man and pretty much a dictator.

Sarah weaves the story lines we know from The Little Mermaid and flips them in such a beautiful and magnificent way. I love her writing style and loved how the magic on land and in the sea is built in such a lyrical way.

I can't recommend this book enough you need to go get it so I can talk to someone about it.
L x