Today we are kicking off dragon week with, first off who doesn’t love Dragons!! Secondly, who doesn’t like dragon books!! Today however I am going to be looking into the mythology of dragons with a little count down of my favourite dragons. 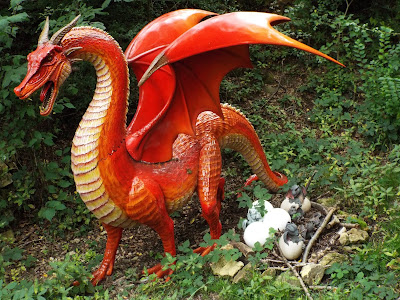 Dragons and their tales are known in many cultures, from the Americas to Europe, and from India to China. Like many other mythological creatures, dragons are perceived in different ways by different cultures around the world. In early cultures, the dragons were often seen as mighty serpents and beasts that were either extremely generous or fearsome and difficult to kill. Dragons are sometimes said to be able to breathe and spit fire or poison as well as many other elements. Dragons were thought of as being useful and protective, other times harmful and dangerous.

Dragons have a long and rich history in many forms and continue to exists in modern culture through books, films and television shows. Dragons are commonly portrayed as serpentine or reptilian, hatching from eggs and possessing, typically, feathered or scaly bodies. Some dragons have wings; others don't. Some dragons can speak or breathe fire; others can't. Some are only a few feet long; others span miles. Dragons are sometimes portrayed as having large, yellow or red eyes, a feature that is the origin of the word for "dragon" in many cultures. Many dragons are depicted as living in dark and dangerous places that were often perilous for men in ancient times. While others live under the ocean, while others can only be found in caves and inside mountains. 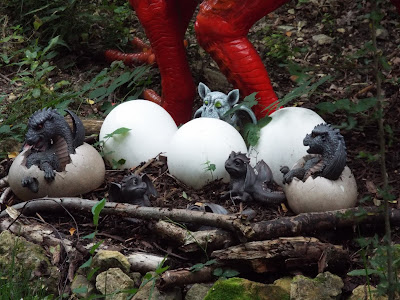 Dragons are known to guard hordes of treasure, other myths still surround the creature. One such myth is that dragon’s blood held special properties that gave anyone with access, for example, a person was to dip a sword or knife into dragon blood and stab someone with it, their wound would never heal. It is also thought that dragon blood gives a person the ability to see into the future.

Dragons have been portrayed in numerous works of literature, originally most of these representations of dragons where negative. Writers, such as J.R.R. Tolkien kept this view of dragons with his character Smaug, a greedy dragon who is brought down by his own pride in The Hobbit. However, in modern times writers started to shift away from this view and Dragons have been portrayed as friends of children.
My favourite Dragons
Toothless
Draco
Falkor
Smaug
Mushu
Saphira